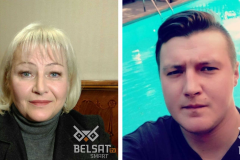 Belsat reporters Lubou Luniova and Dzmitry Buyanau (Soltan) were detained on the job on 8 February. The police detained him for alleged disorderly conduct (Art. 17.1 of the Code of Administrative Offences). February 10 Judge Maryna Fiodarava sentenced the journalists to administrative arrests: 10 days to Lubou, and 15 days -- to Dzmitry. 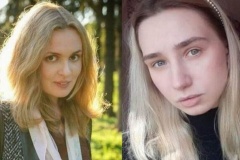 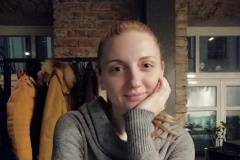 On Friday, 29 January, TUT.BY journalist Nadezhda Kalinina was detained. The reason for her detention remains unclear. She was reportedly taken to a notorious detention centre on Okrestin Street in Minsk. In the afternoon, Nadezhda Kalinina stopped answering her hone. She tried to visit the Belarusian People’s Congress which started at 4 pm in the Kamvol recreation centre. It was later revealed that the journalist is in the Leninsky district police department. 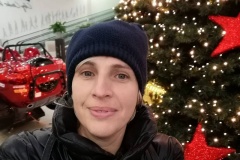 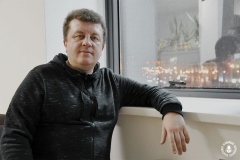 Andrei Aliaksandrau was detained in a criminal case, started by Minsk city department of the Investigative Committee,  said Aliaksandrau's lawyer. Andrei Alexandrov is a suspect under Art. 342 of the Criminal Code of the Republic of Belarus "Organization and preparation of actions that grossly violate public order, or active participation in them." 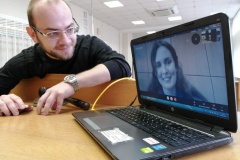 The probe into Katsyaryna Andreyeva’s case might have been completed, her husband, investigative journalist Ihar Ilyash, surmised after reading the latest letter from the wife. As Andreyeva’s defence lawyers had to sign gag orders, they have no right to inform anyone (even her relatives) about the course and details of the investigation. However, in the letter Ilyash received on Ianuary 9, the imprisoned journalist wrote that she was awaiting the transfer to Minsk. “As it follows from the context of the letter, she talks about transporting her to court. It is quite logical: Katsyaryna was put in Zhodzina [remand prison] for the time of the investigation. As she has grounds to count on being transferred to Minsk, it means that the investigation has been over and one might expecte that she will be tried soon,” Ihar Ilyash said. However, it has not been reported officially whether and when the transfer and the trial will take place. “I don’t even make any projections for the future. I am ready for anything. It is pretty hard to surprise me now,” Katsyaryna Andreyeva says in her letter. 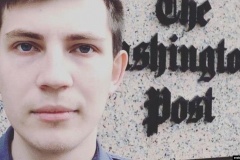 Political prisoner Ihar Losik remains behind bars so far: on January 11, a Minsk court dismissed a complaint filed by his defence lawyer and let the detainer stand, RFE/RL reports. 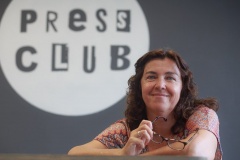 Searches In Press Club Office, Employees Are Detained For 72 Hours

Attacks on independent media in Belarus continue. On December 22, police burst into apartment of the Press Club Program Director Alla Sharko. She managed to inform BAJ that the police were breaking her door. Press Club Director Siarhei Alsheuski's apartment was also searched. Another search took place at the apartment of Press Club Academy Director Siarhei Yakupau. The police also came with a search warrant to the Press Club office. Its founder Yulia Slutskaya was detained today upon her arrival at the Minsk National Airport.  All Press Club representatives whose homes were serached today were detained for 72 hours, reports TUT.BY. 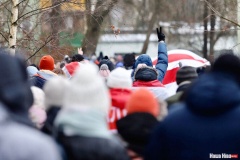 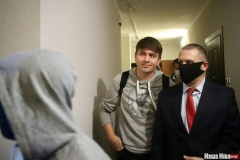 Investigative Committee has summoned all 20 employees of Nasha Niva for questioning,   NN chief editor Yahor Martsinovich posted on his Facebook page. Martsinovich is a suspect under Article 188 of the Criminal Code (defamation). 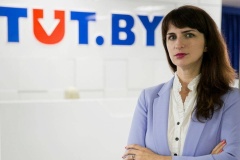 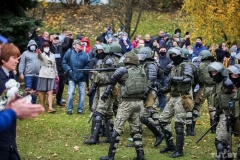 On November 1, protesters marched to Kurapaty, where victims of Stalinist repression were executed and buried.  On the way to Kurapaty, the riot police dispersed the crowd many times. Many were arrested, journalists among them.