VIENNA, 17 May 2021 – The OSCE Representative on Freedom of the Media, Teresa Ribeiro, deplores the latest imprisonment of several journalists in Belarus. 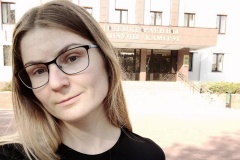 TUT.BY journalist Lyubov Kasperovich is being examined in the Moskovsky District Court. She is accused of participating in an unsanctioned mass event. Judge Sergei Katser found the journalist guilty and sentenced her to 15 days of arrest. 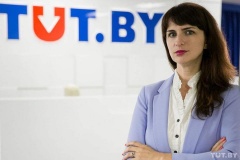 As TUT.BY learned, recently our colleague Katerina Borisevich was transferred to the women’s colony in Gomel. Katerina was sentenced to six months of imprisonment in the so-called “0 ‰ of alcohol” case. The term of imprisonment expires on 19 May, that is, in two days she must be released. 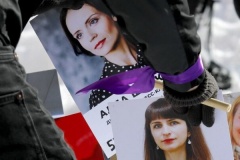 Lukashenko‘s regime is intensifying its crackdown on Belarusian journalists and citizens. In the last few days, the police have made several administrative arrests, bringing the number of journalists deprived of their freedom to 16. 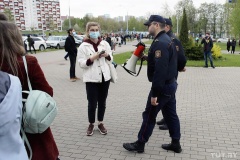 On 14 May, the Oktyabrsky District Court of Minsk begins to consider the “case of students” who were detained last November and accused of organizing and preparing actions that grossly violate public order. There are 12 accused in total: ten students from different Minsk universities, a medical graduate and a teacher at BSUIR. For more than six months they have been in jail. By the beginning of the first session, more than a hundred people had come to the courthouse, but only some of them managed to get inside. Journalists of independent media and even some relatives of the accused had to wait outside. Police asked the crowd to disperse, after which the arrests took place. 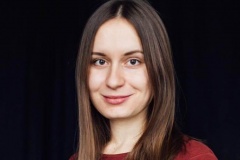 The Mahiliou journalists reporting on the trial of opposition activists Seviarynets, Afnahel and others to remain in jail until their own hearing. 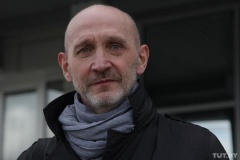 May 3 is World Press Freedom Day. This is an occasion to reflect on the fundamental human rights and freedoms, to remind the authorities of the need to respect the freedom of the press, which comes from one of the basic, natural freedoms —  freedom of speech. Unfortunately, last year the situation in the media sphere has deteriorated significantly in Belarus. 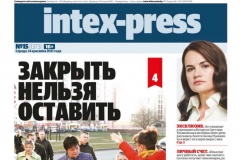 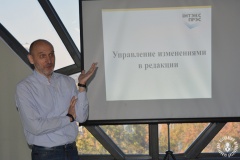