On the morning of March 17 Hrodna police arrested journalist Yan Roman, near his home. The police "examined" his apartment and seized his phone and laptop. In the afternoon the police came with "inspection" to the home of journalist Ales Dzianisau. 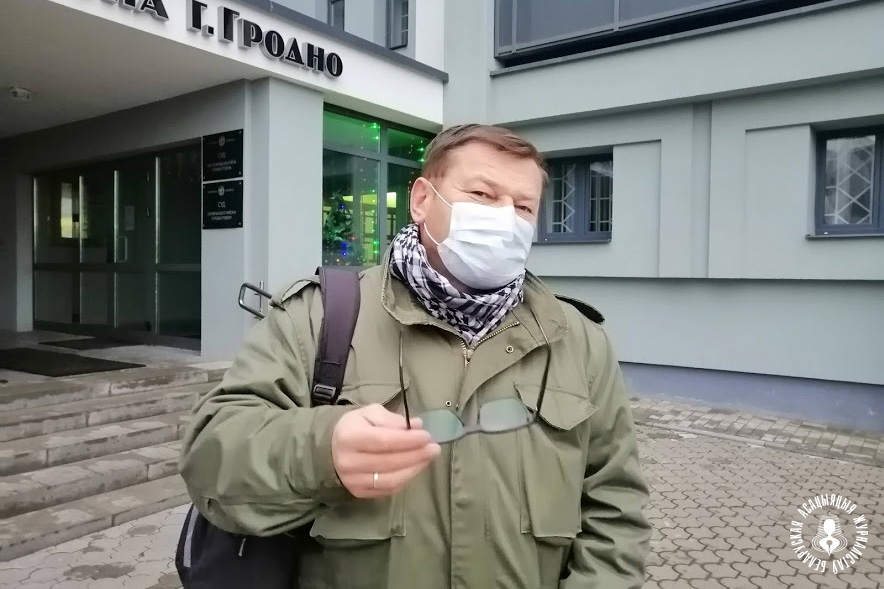 They claim, Roman allegedly paid administrative fines for two persons, who had been punished for participating in the protests. Thus, he funded the protests in the country.

The journalist's status in the case is still not reported. He is in the police department at the moment.

"An immediate kick -- and my teeth have been knocked out, and glasses broken." TV journalist beaten in Hrodna

Yan Roman works with Polish TV, covering  history and culture. He is a member of BAJ. On August 10 he was severely beaten near the Kastrychnitski district police department of Hrodna, where he was to meet his colleagues upon release. Policemen in civilian clothes knocked out his teeth, broke his nose and a face bone. Roman had a large haematoma around his eys, broken glasses and damaged leg.

About 4 p.m., police came to "inspect" the apartment of journalist Ales Dzianisau. Only his daughter, 18, was at home.  Ales' wife was at work, and he was out of town.

The inspection was part of the same check-up, as in Roman's case.

It ended after a few hours, with  police seizing two laptops, four mobile phones, and a number of stickers.

Ales daughter, Daria, is safe. She was alone in the apartment when the inspection took place.

Ales Dzianisau is a freelance cameraman, musician, and leader of Dzieciuki band. He also suffered police violence in the summer of 2020. He was detained on August 11, and the police smashed his face and injured his leg. He was charged with disorderly conduct (Art. 17.1 of the Administrative Code). Later the charges were dropped.