The well-known human rights activist Leanid Sudalenka has been kept in custody for 248 days. He marks his 55th anniversary in the court hearing. The authorities treated his legal and financial assistance to people as “organization and financing of public disorder acts”. 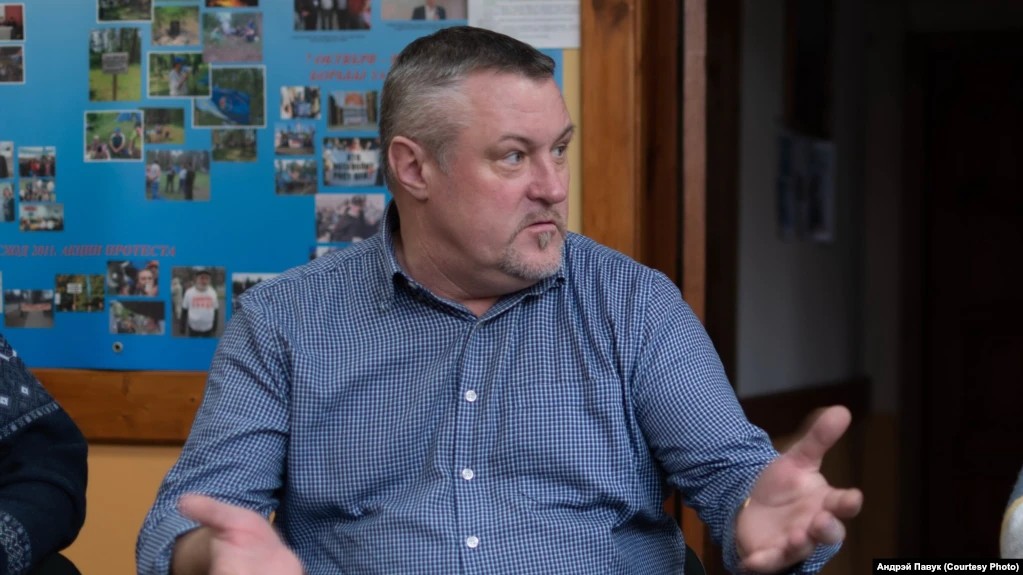 The trial of Leanid Sudalenka and his assistants, volunteers Tatsiana Lasitsa and Maryia Tarasenka, started on 3 September as a closed court hearing. Judge Siarhei Salouski explained that the trial is held in camera “for the safety of witnesses” and to avoid the disclosure of bank secrets.

Leanid Sudalenka has been kept in Homel pretrial detention center since 18 January. During this time he met with his wife and children only once, in August. There are four sons in Sudalenka’s family: the youngest is 11 years old.

“The day before, we sent Leanid a package to the prison. Everything he likes, including things that are not good for him, but I found the food that is low on sugar – halva, marshmallows, candies, cookies. His cellmates need to be treated, he’s not alone. I tried to get visit permission on that day, his 55th birthday. But the judge never replied. Although I still hope for it. If it happens, I will be very surprised and believe in humanity. Apparently, he will celebrate his birthday in court, surrounded by the judge, prosecutor and lawyer – no one is allowed in,” said Aksana, Sudalenka’s wife.

The court hearings are scheduled till 24 September. But Leanid Sudalenka wrote that the case is unlikely to be heard within this period. It will continue in October, as the court has so far reviewed about 1/3 of the case – which is 79 volumes.

“The junior kid, Mikita, misses his father. He was our master, in charge of men’s affairs in the house. Mikita consulted with him, shared everything. Now he writes letters to his dad, where he describes his adventures, what he does at school, tells about friends and girls, asks for advice. Dad writes him back, but it’s not like when they were at home sitting at the table,” shares Aksana.

Aksana says that the relatives stood by her when Leanid Sudalenka was detained.

“We are always together, next to each other, all sisters, brothers. Everyone writes letters, offers help. We like to go to our parents’ and get together as much as possible – we all have a big friendly family. We stand for each other, we’re all one. And if that kind of trouble happens to us, we’re all together. We’re waiting for this nightmare to end and for us all to come together again,” says the human rights activist’s wife.

She worries about her husband’s health. He has never complained about his health, but his wife is aware of his problems with blood pressure, sugar levels, and eyesight.

“He is on bed rest in the detention center because of his health. But I know he comes back from court hearings and just falls on his bed – because he’s very tired in court. While still at home, he worked really hard: he was a workaholic, devoted himself to work, especially to helping people – with advice, money, he never refused anyone,” explains Aksana.