Hrodna journalist Dzianis Ivashyn has been kept behind bars since March 12, 2021. He was grabbed by police on the street near his block when walking to a pharmacy to pick up medicines. 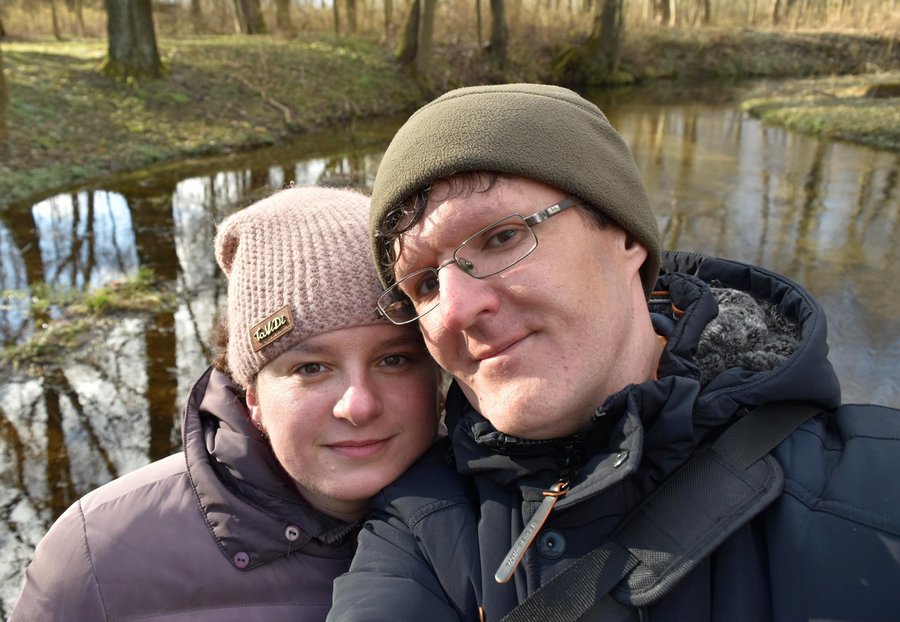 Since then, his wife Volha could not see or hear him, and received only one letter from her husband — on April 7. In the letter dated March 17 Dzianis sends greetings to all his friends and colleagues.

— This is the first letter in a month's time, I suppose, there were other letters as well, and it will take them even longer to reach us.

She says she learns about Dzianis only through his lawyer.

"The lawyer says only general things like how Dzianis feels, and what he needs us to send him. Dzianis misses us all, he says."

The lawyer also says that Dzianis received a few letters from the family.

Volha also wrote a letter to the investigator asking for a meeting with her husband.

She says, Dzianis had a chance to have a quick word with another political prisoner — a famous Belarusian artist Ales Pushkin.

Dzianis Ivashyn was detained on March 12. The police seached apartment late into the night. Also, the police searched his mother's home, and, on March 15, they came with a search warrant to the home of his 95 y.o. grandmother.

Ivashyn is an investigative journalist. In Belarus, he workes with the Novy Chas newspaper. The last article that he published in Novy Chas was about former Ukrainian "Berkut" (riot police) officers successfully landed  jobs in Belarusian police forces.

He is also a journalist and editor of the Belarusian service of InformNapalm website.

Write a letter to Dzianis (an automatic translation into Belarusian or Russian would work fine) at: