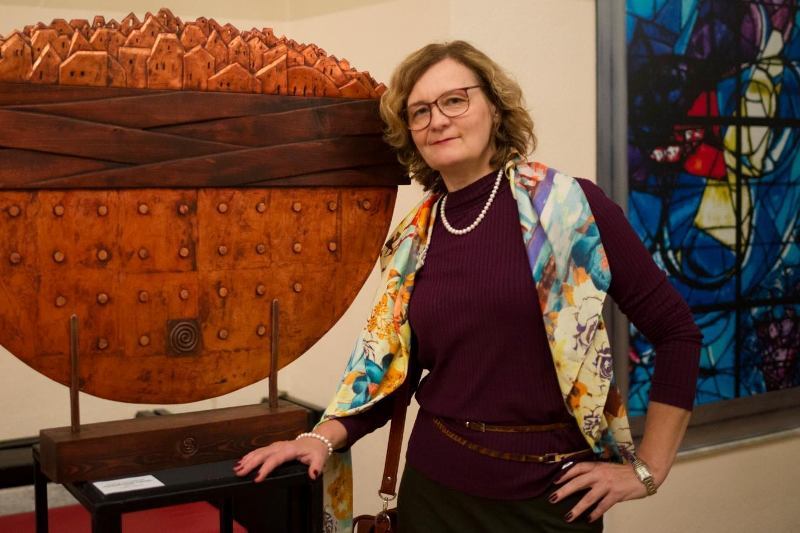 Zhanna Ivanova (known in Vitsebsk as Zhanna Zhalevich) informed on Facebook that she had been tried today. The hearing resulted in a $1,200 fine. Earlier that morning, the journalist posted on social media that strangers were breaking into her flat. Since then, there has been no contact with the journalist.

Zhanna Zhalevich's phone was seized until she pays the fine imposed by the court. The Pershamaiski District Court of Vitsebsk found the woman guilty of unauthorized protest under Article 24.23 of the Administrative Offenses Code. Four photos posted on her social media served as the ground for starting an administrative case. The policemen of the Pershamaiski police department noticed the Belarusian national symbol on them.

The trial was to have taken place on 18 November. However, the police officers changed their plans and forcefully brought Zhanna Zhalevich to court today.