Vitebsk Communal Services Painted Over the Graffiti of Birds

The famous graffiti on the wall of a house in Vitebsk was painted over with three ugly grey squares, a typical sign of work of municipal dwelling services. 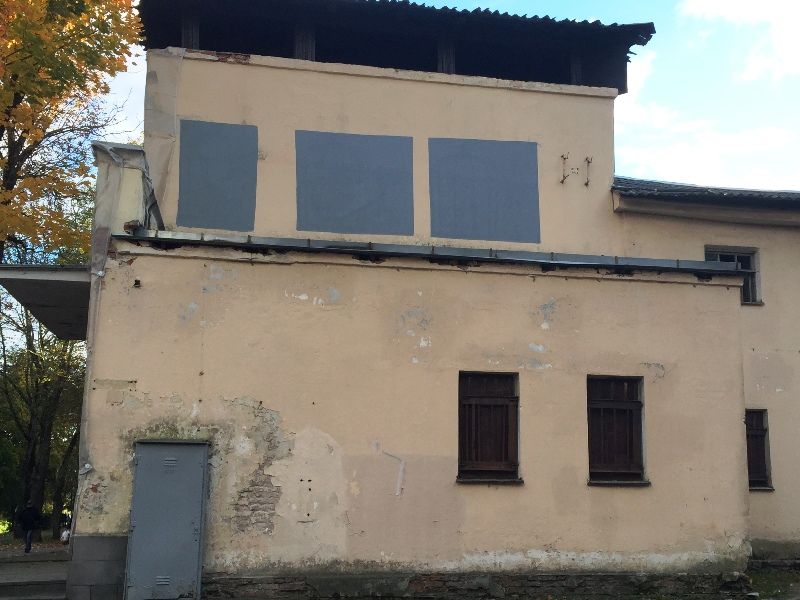 The birds set free from cages were hid behind the squares of grey paint. It was done on purpose, as one more graffiti below and the walls touched by decay stayed pristine. 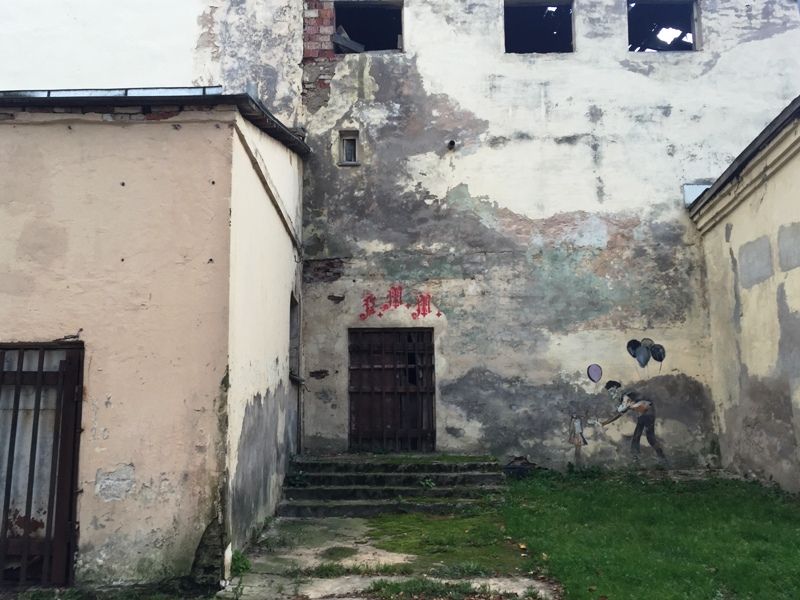 In November 2014, some BAJ members took photos in front of the painting with papercut birds and cages, as a symbol of free word. The photos were used later on social pages, on the local and BAJ websites as part of Stand Up For Journalism campaign. 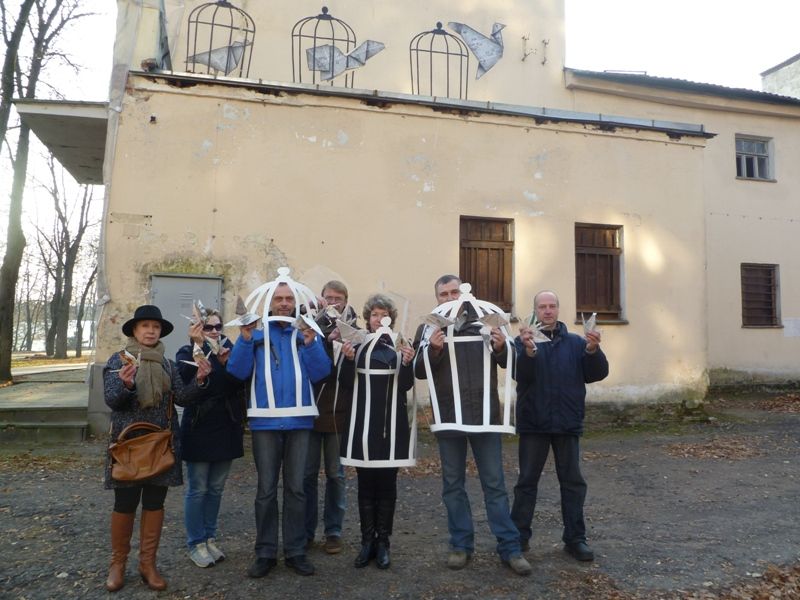 A month later, all people recognized in the photo were fined for staging an unsanctioned picket, and one more person got a three-days arrest. 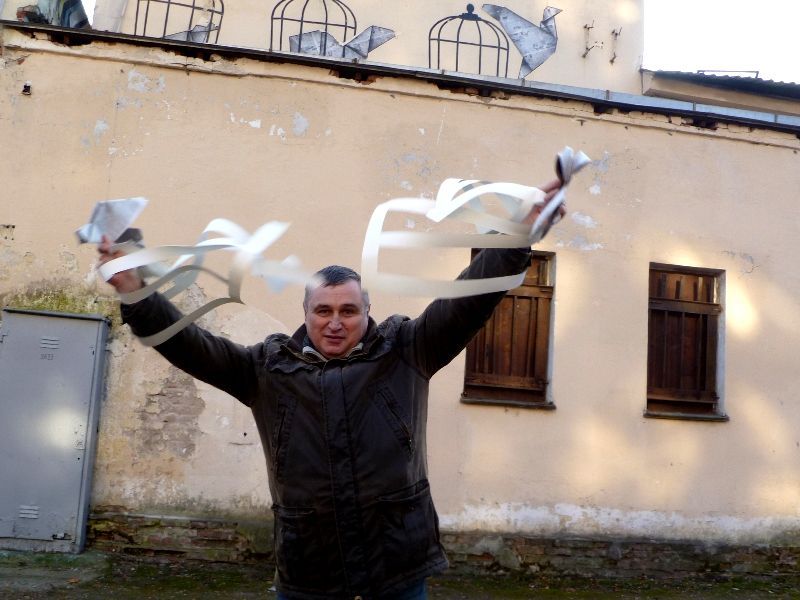 Pavel Levinau got the biggest fine of all. 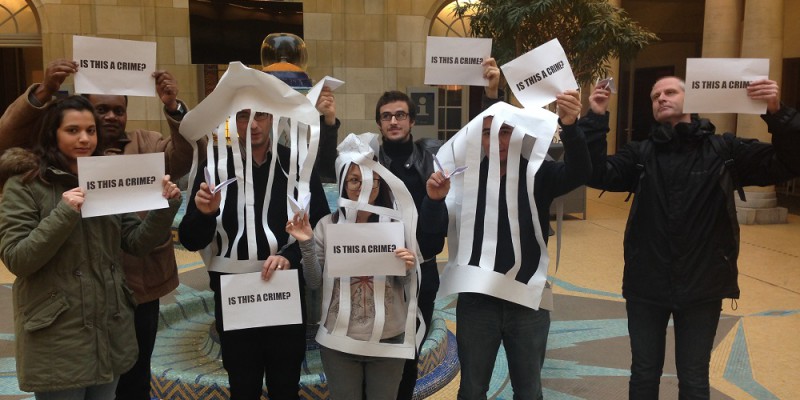 BAJ and the European Federation of Journalists expressed their indignation and misunderstanding of such ruthless reaction of the authorities in a statement. Our colleagues from the EFJ staged a similar picket with the only question coming to mind over this situation - what can be criminal about it? 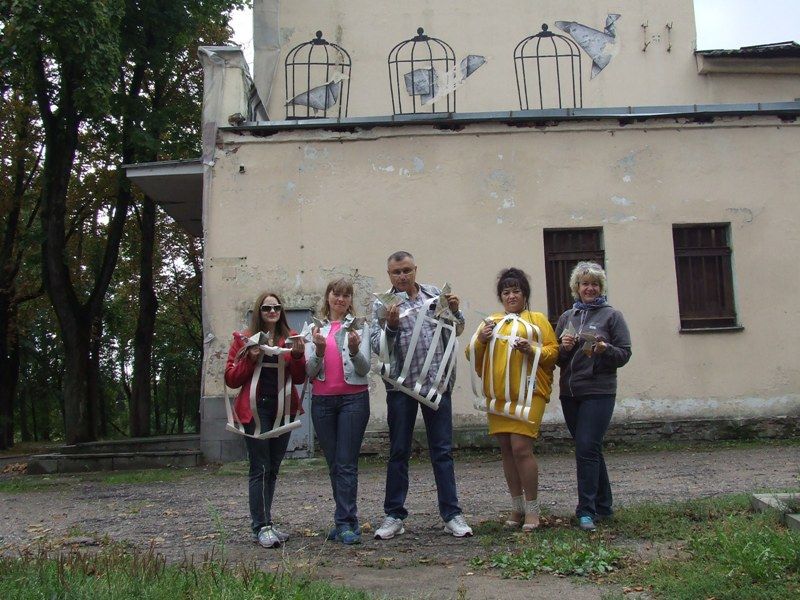 The photo has become a disturbing point for the unsanctioned picketers, they came back to it over and over again, and they fell in love with the painting, as much as any local resident there.

Unfortunately, nobody could even think of the gruesome end for the artwork. 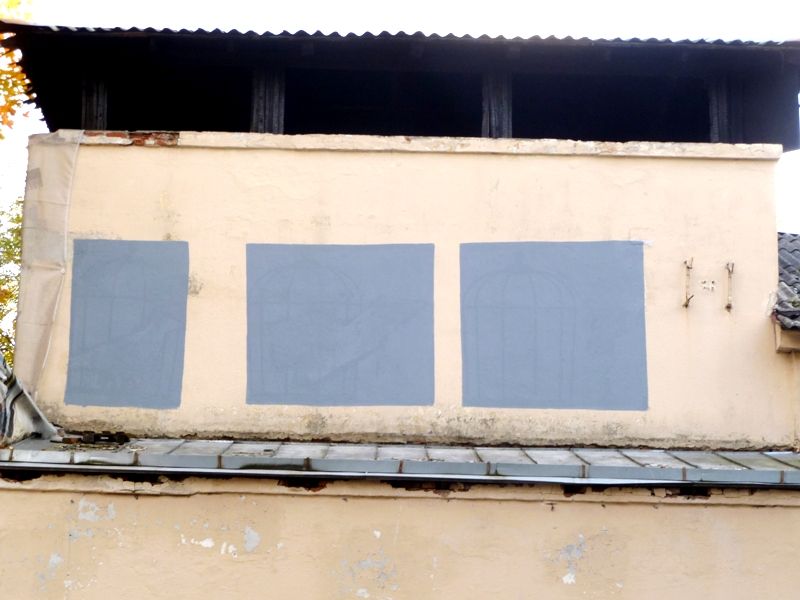 Amazingly, the artwork does not stop carrying the message to their suprematic minds - the signs of cages and birds anyway show through the layer of paint.