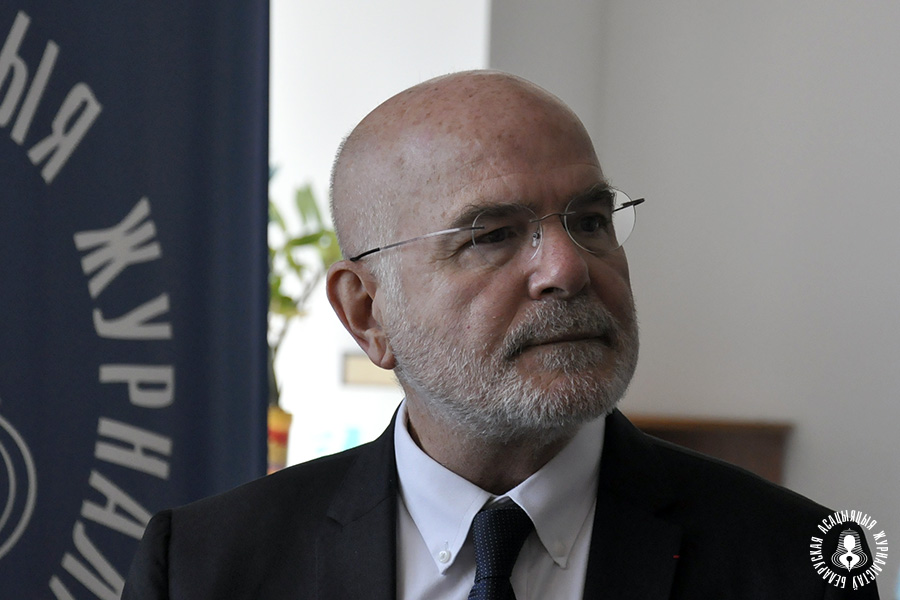 UN Special Rapporteur on the situation with human rights defenders Michel Forst is in Belarus with an unofficial visit at the invitation of the Belarusian Association of Journalists, the Legal Initiative, and the Belarusian Helsinki Committee.

During the meeting, Tut.by editor Maryna Zolatava spoke about the “BelTA case”, in which she was convicted. According to Zolatava, the violation committed by the journalists was out of proportion with the scale of prosecution of news outlets and journalists - detentions, searches, interrogations, heavy fines, and a criminal case. She believes that the pressure on Tut.by may be due to the fact that independent media is much more popular with the audience than state-owned media. The government is trying hard to take independent media under control.

BelaPAN journalist Tatsiana Karavenkova pointed out that the “BelTA case” could have been launched, among other things, in order for the authorities to be able to dig into the computers of journalists.

“The authorities received a lot of information about the work of the BelaPAN agency and the Tut.by portal, who are their sources of information, etc.” , Tatsiana said.

Speaking about the problems of journalists, Karavenkova noted that government officials are trying to stop all contacts with the journalists, who are denied accreditation. For example, BelaPAN has been unable to get access to events with the participation of the President and the Prime Minister for more than a year.

Deutsche Welle journalist Pauliuk Bykouski explained, there were obvious electoral cycles in Belarus, in which there were periods of cleanising and liberalization, and then the screws are tightened again. "If we consider the BelTA case an element of this cycle, it began too early. If this is true, it could be a certain sign of changes in the thinking of the ruling elites, ”Bykouski said.

Barys Haretski, Deputy Chairman of BAJ, mentioned the problems of access to information, harassment of journalists of the Belsat TV channel, detentions and other obstacles to journalists.

This was also illustrated by the example of Novy Chas journalist Dziyana Seradziuk , who was tried for alleged participation in an unauthorized event, but in fact she had been covering an street action near the Ukrainian Embassy.

The UN Special Rapporteur on the situation with human rights defenders Michel Forst said that the situation in the field of media and the rights of journalists are within the scope of his professional activities.

Mr. Forst pointed out that he often works in cooperation with the UN Special Rapporteur on press freedom. He explained the UNESCO mechanism for the protection of journalists. In extreme situations, the UNESCO Secretary General may directly contact the Ministry of Foreign Affairs of a particular country and ask to step in. However, it remains confidential and is not publicized.

The UN Special Rapporteur on the situation of human rights defenders, Michel Forst advised journalists to contact him directly with a request to respond to some events. In this case, he will be able to follow up and launch the mechanism of international reactions,  And that can ultimately have a positive effect on the situation.

During his unofficial visit to Belarus, Mr. Forst meets with human rights activists, journalists, representatives of the Ministry of Foreign Affairs, and the Ministry of Justice. 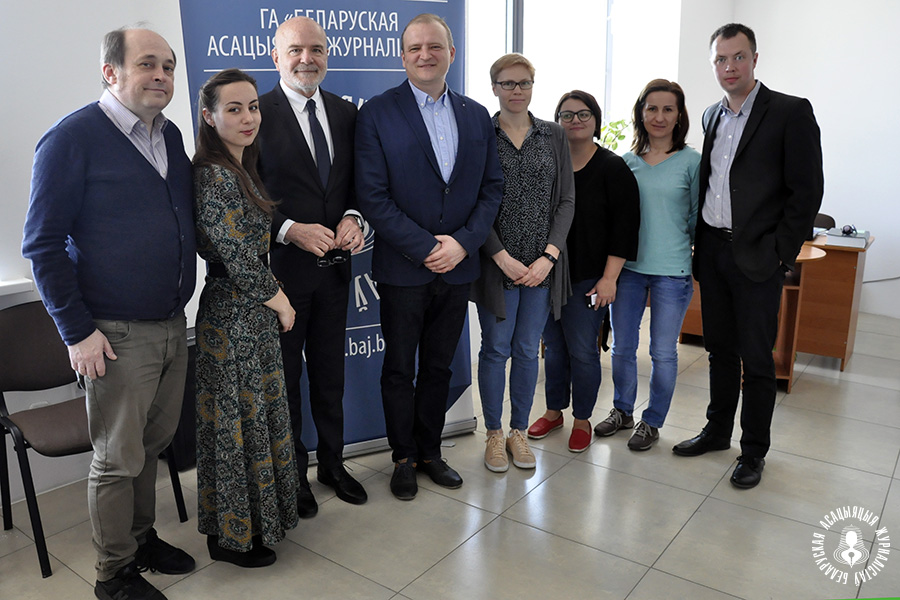