On 20 April, the Minsk City Court considered the appeal against the sentence of TUT.BY journalist Katerina Borisevich. On 2 March, the Moskovsky District Court sentenced our colleague to six months in prison. The prosecutor’s office considered this decision too lenient and filed a protest. Katerina Borisevich’s defense still believes that she is innocent and insists on acquittal.

The appeal hearing was scheduled for 2 pm. It was held behind closed doors, only the decision of the Minsk City Court will be publicly announced. At 2.08 pm, the journalist’s lawyers entered the courtroom. The appeal consideration lasted about 50 minutes. At 3.20 pm, a board of judges announced the decision: to leave the sentence of Katerina Borisevich – six months in prison – in force. The court dismissed the appeal and the complaint. This means that in less than a month Borisevich will come back home. 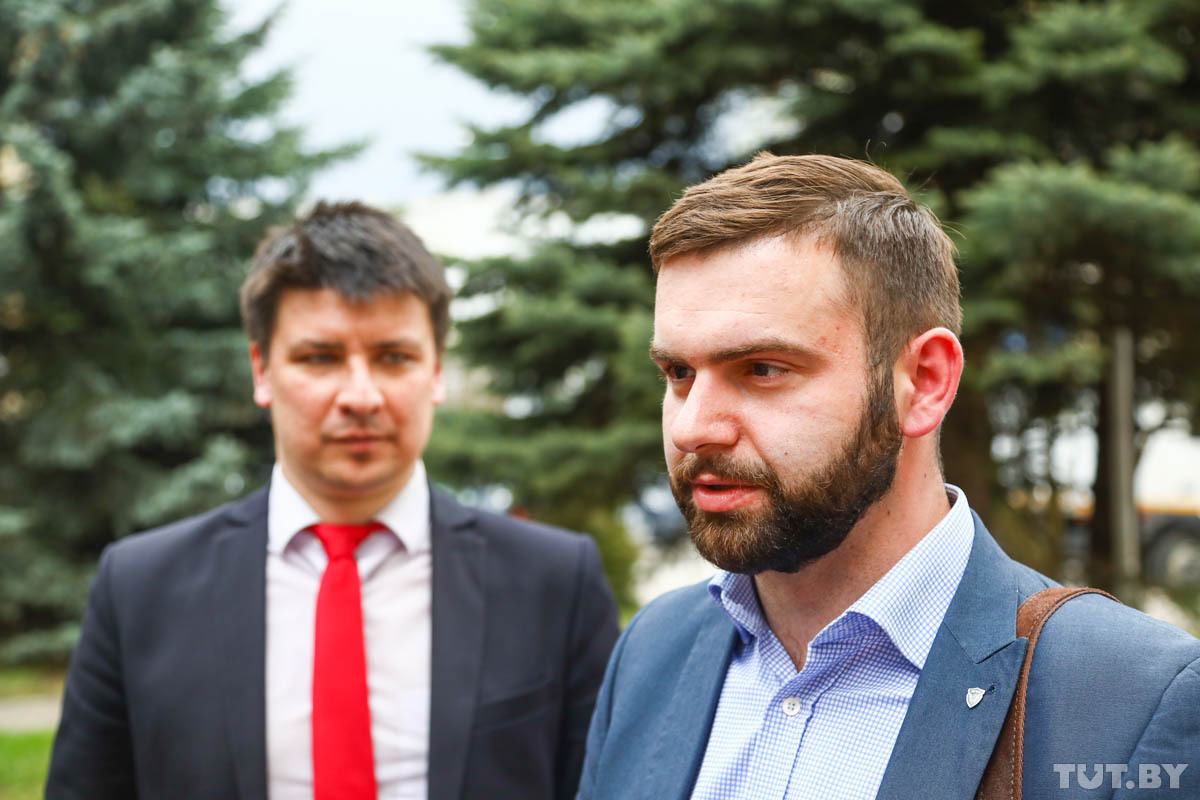 Borisevich participated in the court hearing via video link from the Zhodino detention center. “We will personally discuss whether Katerina is satisifed or not satisfied with the result,” said one of her lawyers, Mikhail Bodnarchuk. “At least we are glad that the appeal was not satisfied.”

On 19 May, it will be six months since the date of the arrest of Katerina Borisevich. Our colleague Katerina Borisevich has been in custody for 152 days already. Before that, Katya had never been brought to administrative responsibility in her life, had never been convicted, has a permanent place of residence and work. She is a professional and was repeatedly awarded for journalistic materials, including by law enforcement agencies, in 2020 she became the “Journalist of the Year” (according to the human rights community). The charge brought against her falls into the category of less serious crimes.

The criminal case against Katerina Borisevich and Artyom Sorokin was opened on November 19, 2020. They were accused of discloisng medical secrets, which, according to the Prosecutor General’s Office, entailed grave consequences. The maximum sentence under this article is three years in prison. Recall that on November 13, 2020, an article was published by Katerina Borisevich, in which, with reference to medical documents and a doctor’s comment, she stated that no alcohol was found in Roman Bondarenko’s blood.

The so-called “0 ‰ of alcohol” case began on Friday, 19 February. On that day, more than 100 people came to support Sorokin and Borisevich, few of them managed to get into the courtroom – mostly only relatives, diplomats and some colleagues. Prosecutor Lyudmila Ivanenko petitioned to hold the trial behind closed doors. The defendants’ lawyers, as well as Katerina and Artyom themselves, insisted that the case be considered openly, “so that society would know what the journalist and doctor are being tried for”.

Nevertheless, Judge Svetlana Bondarenko granted the petition and decided to conduct the process behind closed doors “in order to avoid disclosure of medical secrets protected by law and data from the preliminary investigation”, and also because “the case materials contain medical documents, including those that had not been previously published.”

The case was considered behind closed doors, which were guarded by uniformed police officers and plainclothesmen. On 2 March, Katerina Borisevich and Artyom Sorokin heard their verdicts. The doctor was sentenced to two years in prison with a delay of one year and a fine of 1,450 rubles “for divulging medical secrets”, he was released in the courtroom. Katerina Borisevich was sentenced to six months in prison and a fine of 2,900 rubles.

The doctor decided not to appeal the verdict, he has already returned to work in the emergency hospital. Katerina Borisevich is still in custody: according to the court decision, the preventive measure remained the same. On 12 March, the Minsk prosecutor’s office filed a protest against the verdict “in view of the leniency of the sentence imposed”. Katerina Borisevich’s lawyers also filed an appeal, they insist on the journalist’s innocence.