Their cases were heard by Kastrychnitski district court of Minsk. On October 17 and 18, Daria Spevak (Onliner), Vadzim Zamirousk and Usevalad Zarubin (Belapan and TUT.by), as well as Artsiom Mayorau (Belarusians and Market) were detained and "taken to the police department for an ID check".

Three hours later, the police drew up administrative protocols under under Article 23.34 (participation in unauthorized events) and 23.4 (Disobeying a legal order or request of an official in the performance of their official duties) of the Administrative code. The court sentenced Daria Spevak to 13 days of jail, and Vadzim Zamirouski and Usevalad Zarubin -- to 15 days of jail. These administrative cases were heard by judge Alena Zhyvitsa.

"At about 1 p.m., several minibuses with people in black arrived. I believe, it was the riot police. Two men came up to me, took me by the elbows, and led me to the car. No one introduced themselves — they just said: "Give me the phone," the journalist told the court. — (...) I was doing my job. No one explained me the reasons for my detention, and I didn't ask. I heard the command: "Get the Press", but we know that happened before. I thought that was to check my press card, as they had done it before.

Daria's detention was caught on video.

-- My client was performing her professional duties. She had a press badge that also allows one to attend mass events.

The lawyer proposed to send the case materials for revision. After reading the protocols of questioning witnesses — police officers Simonchyk and Kushner — who participated in the detention, the judge made her decision right away: to find Daria Spevak guilty and punish her with seven days of jail under article 23.34 and six days — under article 23.4. In total, Daria will stay behind the bars for 13 days.

Zamirouski explained in court that he was clearly marked as a journalist. "I was wearing a turquoise jacket and a large press ID around my neck. I also had two cameras, and it was quite obvious that I was a journalist. They didn't use force on me." 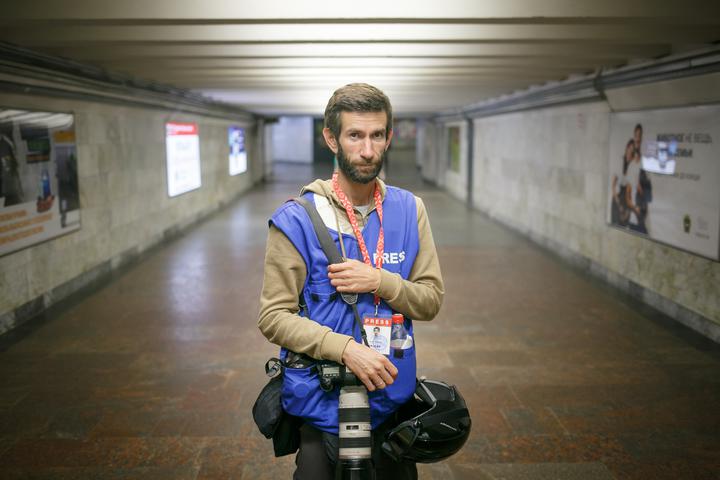 However, the court found Vadzim Zamirouski guilty on both counts and sentenced him to 15 days (10 days for participating in an unauthorized rally and 5 days for disobedience to police).

TUT.BY and BelaPAN journalist Usevalad Zarubin also received 15 days of jail. He was detained while covering a student rally on October 17.

The court found him guilty under two articles: 23.34 (participation in unauthorized events) and 23.4 (Disobeying a lawful order or request of an official in the performance of his official duties).

Artsiom Mayorau, Belarusians and Market, was also found guilty of participating in an unauthorized mass event and disobeying a police officer. Judge Zhyvitsa sentenced him to 15 days of jail.

There were obvious contradictions in the materials his case. According to one report, on October 18, at 2.30, he did not comply with the police officer's request to leave the place where public order was violated. But according to another protocol, at this time he was already detained during a mass event! The judge still gave him 15 days of jail.