There were motions to take photos and video in court; the judge rejected. Aliaksandr Barazenka pleaded non-guilty, claiming he had been performing professional duties of a journalist, which he underlined in the police’s report. He was detained close to Victory Square together with a group of other protesters. He several times indicated himself as a journalist, but the detaining police officers ignored this. The journalist was sentenced to 15 days' arrest. 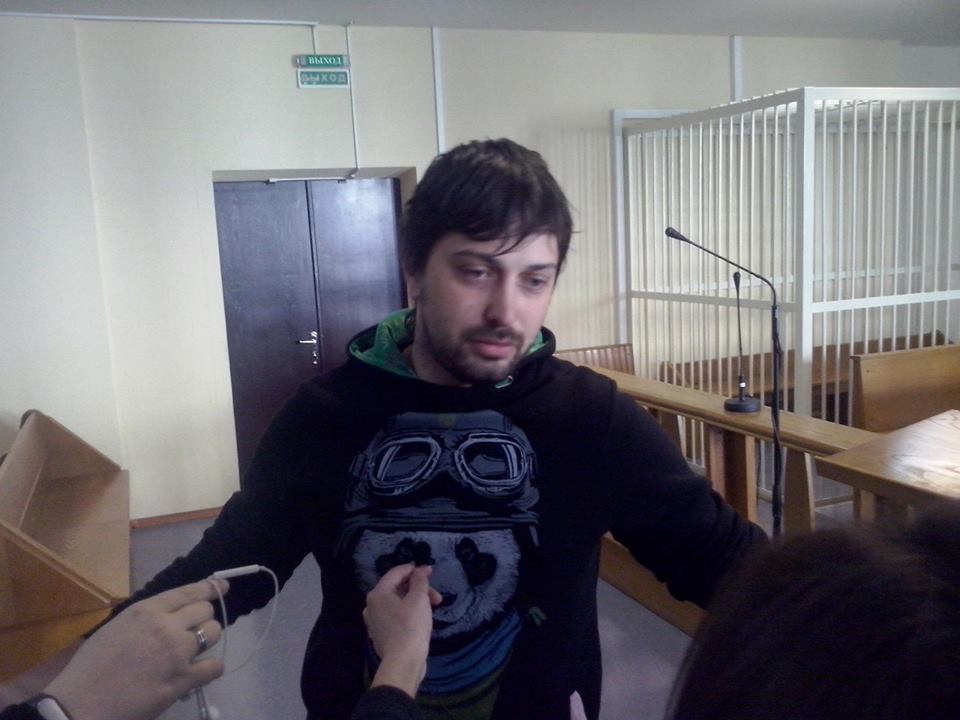 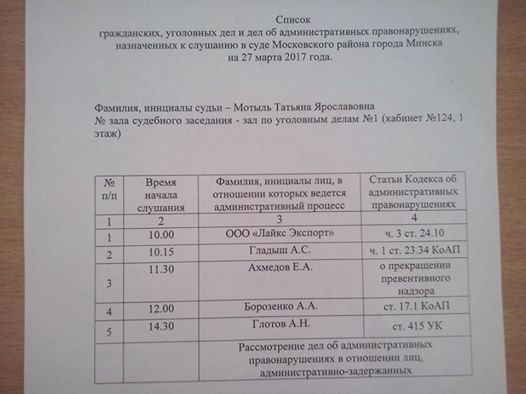 Editor of the website InformNapalm Dianis Ivashyn. Charged with art. 23.34 (violating the procedure for organizing or holding mass events). He spent the weekend in pre-trial detention at Akrestsina.

Maryna Kastylianchanka, journalist contributing to human rights organizations. On March 25, the police searched her flat, after which she was taken to pre-trial detention. Charged with art. 23.4 (disobedience to police’s demands). Her flat was searched following “information that there could be explosives”. The police have not found anything, but detained her for disobedience, reports Viasna. At the police department, she was recognized as a participant of an earlier action, on March 15. Maryna motioned to hold an expert examination of the photo and to request information from the cell phone operator about where she had been on that day. The judge dismissed the motion and found her guilty on both the charges. Sentenced to 15 days' arrest.

Journalist and blogger Raman Pratasevich was detained at Kastrychnitskaya Square on March 26. Charged with art. 17.1 according to two reports, for March 25 and 26. Spent a night in detention.

The judge declined the motion to watch the video proving that during detention the journalist was not speaking obscene language and did not wave hands. Sentenced to 10 days’ arrest.

Pavel Levinau had been hospitalized with a hypertonic crisis. He is BAJ member, lawyer and human rights activist. The Belarusian Helsinki Committee was going to file an urgent appeal against arbitrary detention to the Special Rapporteur on defense of human rights defenders.

Artsiom Sizintsau, Radio Racyja, detained on March 25, spent the weekend in pre-trial detention, charged with art. 23.34 and was sentenced to 10 days' arrest.

Chart on trials on March 27

art. 23.34 – Violating the procedure for organizing or holding a mass event

art. 22.9 – The law stipulates that a foreign mass medium’s journalist means “a natural person engaged in collection, editing, creation (preparation) of informational reports and/or materials for a legal person which is entrusted with functions of the editorial board of the mass medium, registered outside the Republic of Belarus, who is connected with this legal person through labor relations and has accreditation in the Republic of Belarus.”