The Investigative Committee reversed its decision to drop the charges under Article 342 "Organizing and preparing activities that breach public order or active participation in them" against translator Volha Kalatskaya. Ms. Kalatskaya will be prosecuted again.

She is currently serving a two-year sentence of probation. 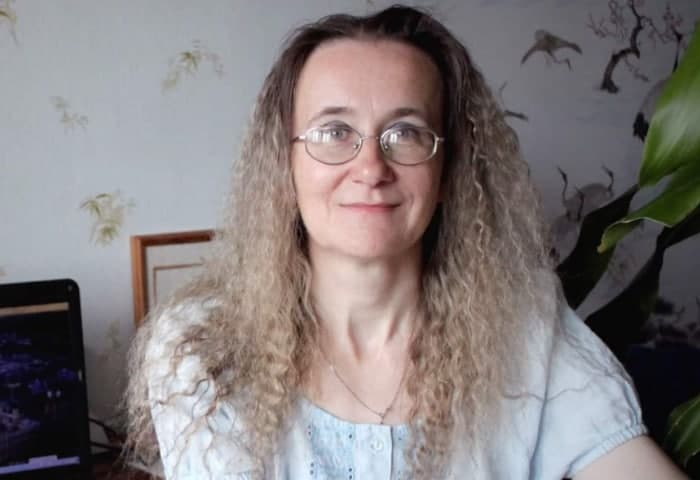 Volha Kalatskaya was arrested in January 2021 as a suspect under Article 342 of the Criminal Code ( "Organizing and preparing activities that breach public order or active participation in them"). Later she was accused of gross misconduct (Article 339 of the Criminal Code) — allegedly she slapped Hryhory Azaronak, a state STV reporter, during one of the protest actions.  Volha spent a few months before the trial in jail.

In March 2021, her case was heard by the Frunzenski district court of Minsk. Azaronak stated in court that he had not reported Kalatskaya to the police and did not think he had been insulted: "I forgot abot that right away. But the infamous Telegram channel posted it for everyone to enjoy — and the enforcement agencies got their act together.

I petitioned for stopping the criminal prosecution, and insisted on dropping the charges. I still think this is the right thing to do."

As a result, Judge Ala Skuratovich punished Volha Kalatskaya with two years of restricted freedom served at home (similar to probation).

She translated into Belarusian dozens of movies, series and books, including the works of Virginia Wolfe, Tennessee Williams, William Golding, Paul Auster, Tony Parsons, Arthur Golden, and others.

Volha Kalatskaya lives in Minsk with her 90-year-old mother, who needs care and assistance with her everyday routine.