"Together we counteract propaganda and demand the release of political prisoners." BAJ meets with European Federation of Journalists' President

The main purpose of the EFJ representatives' visit is to coordinate efforts to protect journalists and the media in our region in the face of Russia's aggression against Ukraine and the intensification of repressions in Belarus. 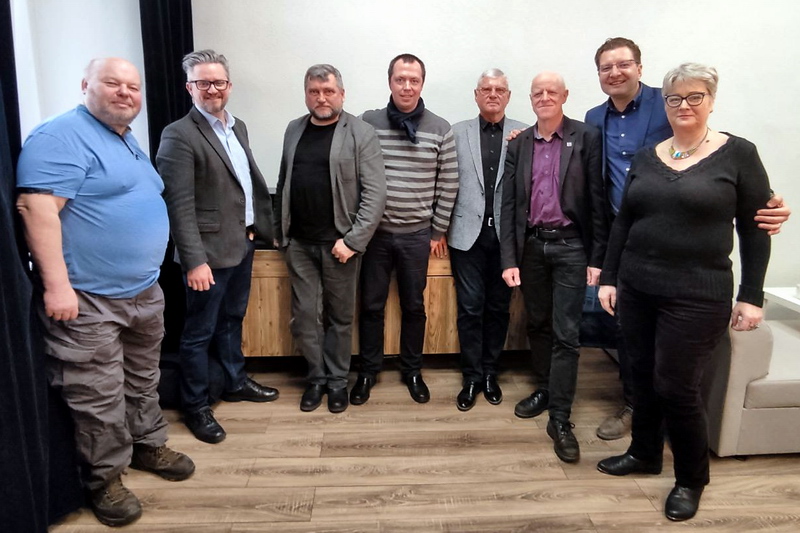 Among the issues of importance to the Belarusian team are new criminal cases against Belarusian journalists, unjustified and illegal persecution, as well as the arbitrary accusation of journalists of treason.

26 media representatives in Belarus are currently behind bars. In addition to unprecedented pressure on prisoners, and permanent illegal restrictions on correspondence with colleagues and relatives, more and more cases are being filed against journalists.

"We are working every angle to make the information about the unprecedented persecution of Belarusian journalists heard all over the world. Despite the terrible situation in Ukraine following the Russian attack, each of the Belarusian journalists is valuable to the world community. It is important to talk about their plight at all levels and to try our best to release each journalist," says the President of the European Federation of Journalists, Mogens Blicher Beregard.

Among the important topics of the meeting were also the regularization of stay and legal status of Belarusian journalists in European countries, and the viability of non-state media.

The coordination of efforts of the journalistic communities of Belarus, Lithuania, Estonia, Ukraine and European journalistic organizations in the fight against aggressive Russian propaganda was discussed at a separate panel. Representatives of journalist organizations in these countries are convinced of the need for such coordination to maintain the standards of quality and truthful journalism in the European region.

The cooperation of journalistic organizations will continue.