Two days ahead of Belarus’ presidential election, Belarusian police in Minsk on August 7 detained three full-time employees of Current Time for unclear reasons. They were deported by a night flight to Odessa. 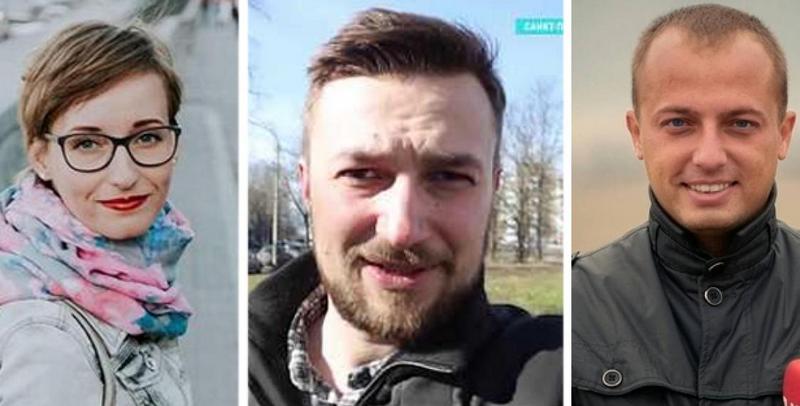 The group — Evening news anchor Iryna Romaliiska and correspondents Yury Baranyuk and Ivan Grebenyuk -- had been covering Belarus’ presidential campaign for the Russian-language television-digital network. They had filed pending accreditation applications with the Belarusian authorities.

Romaliiska and Grebenyuk are Ukrainian citizens, based in Current Time’s headquarters in the Czech capital, Prague; Baranyuk is a Russian citizen based in St. Petersburg, Russia.

Police detained the journalists in the Belarusian capital’s Hotel Minsk, and are believed to have taken them to the city’s Moskovskoye police station.

The three detainees’ phones appear to have been blocked. Another Current Time correspondent in Belarus, Roman Vasyukovich, also can no longer be reached by phone.

Current Time, a non-governmental outlet run by Radio Free Europe/Radio Liberty in association with the Voice of America, has sent a request for information about these detentions to Belarus’ Interior Ministry. President Alyaksandr Lukashenka earlier had threatened to expel RFE/RL journalists from Belarus.

“Our Current Time journalists were detained in the course of professionally carrying out their work covering the Belarusian presidential election,” commented RFE/RL Acting President and Editor-in-Chief Daisy Sindelar. “Current Time requested accreditation for its journalists well in advance of the election. "

"The failure by Belarusian authorities to grant credentials is yet another example of their contempt for the rights of a free press and the right of Belarusians to uncensored Information," Sindelar said. "We are outraged by their detention and demand respect for the internationally recognized rights of journalists to do their work.”

The detentions took place following a four-hour August 6 live program about the Belarusian election campaign. The broadcast, which included footage from a rally in Minsk for main opposition candidate Svyatlana Tsikhanouskaya, has been viewed more than 500,000 times on social media.