Third fine for freelance journalism. The court failed to pay attention to contradictions

15.03.2018 Source: Press service of the Belarusian Association of Journalists

On 14 March, the Homiel District Court fined the freelance journalists Kastus Zhukouski and Andrei Tolchyn for 25 base amounts (about EUR 255) each. This is the third fine for freelancing these Homiel residents receive this year. 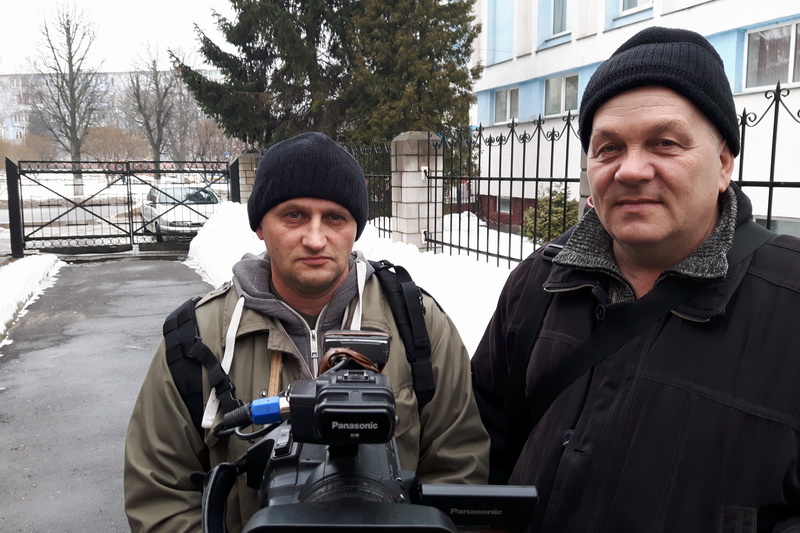 The journalists were found guilty of illegally producing and distributing media products for the Polish satellite TV channel Belsat without accreditation.

In mid-February, the web site of Belsat posted information and videos about the mass slaughter of pigs at the farm-mill Sozh in the Homiel district. Based on these materials, Police Captain Jakau Sukhajkou, an inspector at the Homiel district police department, drew up the administrative reports under Article 22.9, Part 2 of the Administrative Code.

Kastus Zhukouski told Judge Andrei Susla that there is no independent judiciary in Belarus. He explained that he had not sent any video recordings to Belsat but only to a number of agencies including N.E.W.S. Informacje. Also, he published them on his YouTube account in the public domain. Besides, the story on Belsat has an author – Volha Starastsina.

The judge rejected Zhukouski’s request to summon the policeman as well as the saleswomen of the farm shop who told the freelancers that there were no pork for sale at the shop during the previous week. The saleswomen could have confirmed who had been shooting the story and how he had named himself.

At the police’s initiativee, only the farm’s security guard Nikolai Miadviedzieu was summoned to the court. However, he failed to recognize neither Zhukouski nor Tolchyn.

"A young man and a girl came on 13 February. The guy took pictures of the farm’s plan. He was wearing a jacket and looked a bit like Zhukouski. But I didn’t see Tolchyn at all", the guard testified.

The court ignored the explanations of Zhukouski and Tolchyn. They argued that they are not journalists at Belsat; they do not have an employment relationship with the TV channel and therefore they are not accredited in the Belarusian Foreign Ministry. The freelancers suggested to send an inquiry to Belsat.

The judge did not take into account these and other contradictions and sentenced the freelancers to heavy fines.

"The court executed the order it had received. A different verdict should not have been expected", said Andrei Tolchyn.

BAJ, Press Club, and United Media Association call to stop the pressure on the press