Ten days in jail for reporting Babruisk court: journalists have no right to cover unauthorized protests

He was punished by ten days of jail under Art. 23.34 of the Code of Administrative Offences for participation in an unauthorized mass event.

UPD.: In the evening Siarhei Latsinski was released home with a high temperature, he will serve his sentence later. 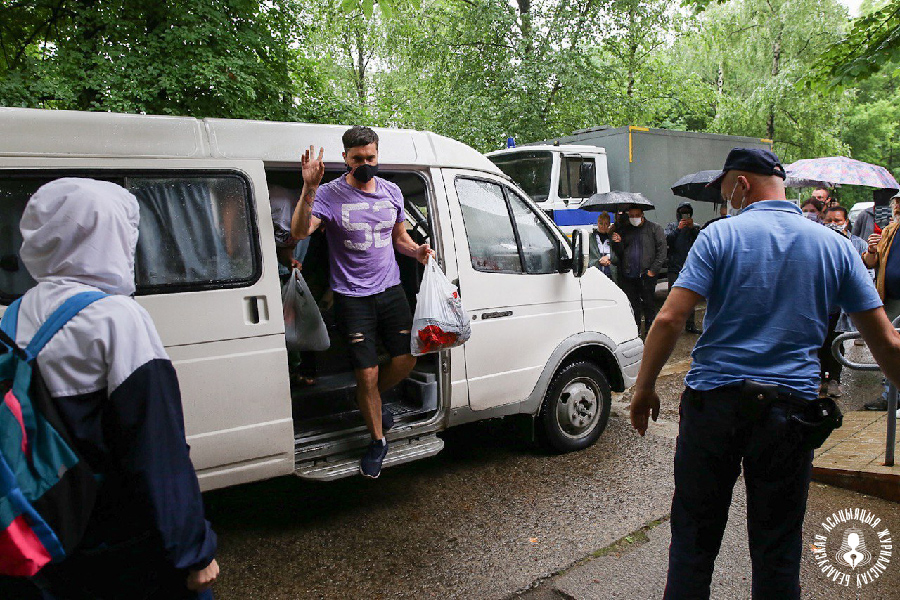 Latsinski was tried along with two other people detained at the protest.  They also received 10-day sentences. The cases were heard by judge Tatsiana Tarabuyeva.

The defendants did not have lawyers to defend them at court.

Siarhei Latsinski was detained together with his wife, Alesia Latsinskaya, a journalist of local portal bobr.by and a member of BAJ. She had an editorial assignment to report from the event, but it seemed to mean nothing for the riot police. 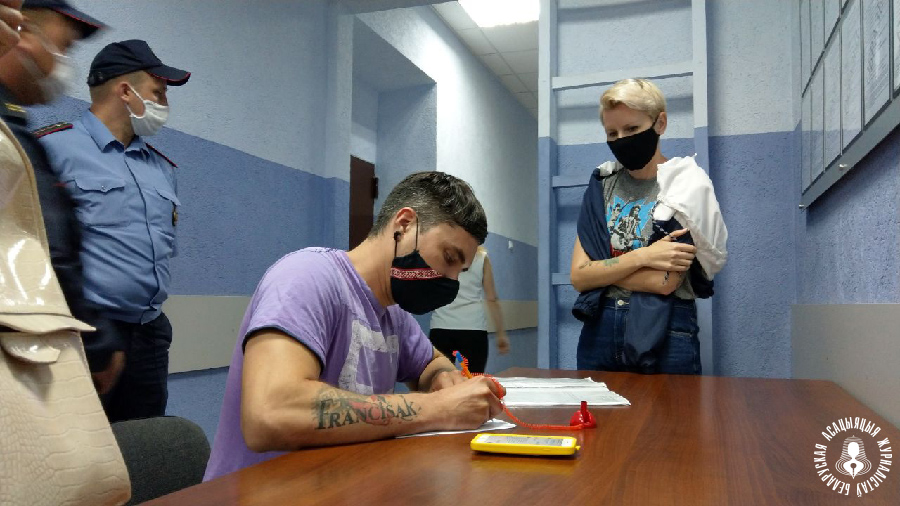 Alesia says, they were brought to Babrusk city police department. During personal search she was forced to take off all her clothes.

"They took me into the personal search room. There were two female police officers. They ordered me to take off my dress, bra, and even panties, -- Alesya says. — They looked at me for a few seconds and then told me to get dressed.  Before that, they warned me that any disagreement with the orders would be treated as disobedience to lawful demands of police officers."

Alesia was the only one who was searched so "carefully".

"I believe they did it to show me my place, to humiliate me, and to intimidate other women, like, this is what can happen to you if you are arrested at a picket," — the journalist said.

Alesia was let go after questioning.

"The policeman did not let me talk to anyone, and escorted me outside, saying, go and take care of your child," — Alesia said. (The Latsinskis have a 5-year-old son.)

Siarhei Latsinski was left in custody until hearing today . The judge rejected his request to have his wife represent him in court, saying that Alesia was not a lawyer by education.

Alesia Latsinskaya appeared in court as a witness.

"The judge did not listen to anything I had to say, she didn't care that Siarhei was there as a journalist and as an election observer from the Belarusian Helsinki Committee, registered at the Leninski district election commission. — the journalist said, —

The judge claimed that journalists have no right to cover unauthorized protests." 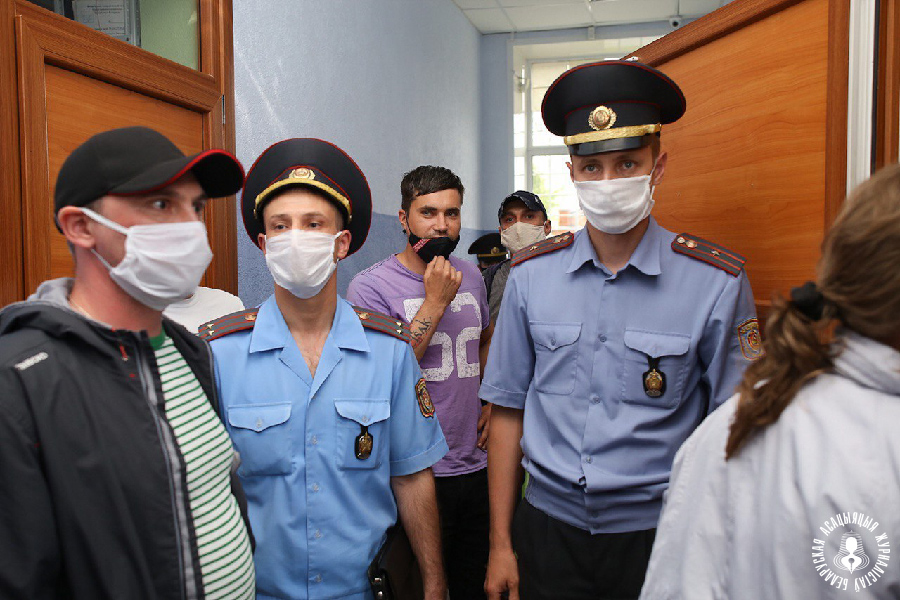 In the evening on June 19 another journalist — Dzianis Nosau of Vecherni Babruisk was arrested in Babruisk. He came to the police station to support the detainees, but did not see anybody and left.

"It was walking down the street and stopped for a moment near a bus stop to say hello to a friend.  Two riot policeman rushed towards us: "You were warned, disperse". I tried to explain that I was on my way home, and was about to cross the street, they still detained me."— Dzianis told BAJ about his detention.

He was let go after questioning.