On November 5, some suspects in the “BelTA case” were served official charges. 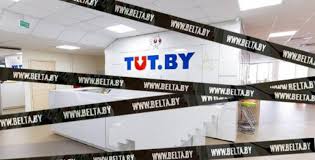 In particular, four TUT.BY journalists were officially charged with "having performed deliberate, for financial or other personal gain, unauthorized accesses to computer information stored in the computer system and network of BelTA unitary enterprise, accompanied by security breach, entailing other significant harm through negligence."

The journalists are free under recognizance to behave and no to leave the city.

On August 7, the police searched the offices of TUT.BY and BelaPAN and detained  Maryna Zolatava, chief editor of TUT.BY, TUT.BY's editors Hanna Kaltyhina, Halina Ulasik, and Hanna Yarmachonak, BelaPAN's chief editor Iryna Leushyna and its commentator on international affairs Tatsiana Karavenkova, Deutsche Welle's correspondent Pauliuk Bykouski, and editor of Belorusy i Rynok website Aliaksei Zhukau. They all spent several days in Akrestsina temporary detention center. On August 27, most of the suspects were banned from leaving the country.

The journalists and editors received support from the European Union, the Council of Europe, the United States, as well as international human rights organizations.

On September 25, TUT.BY editor Dzmitry Bobryk made a statement on his Facebook page. The journalist said, he had experienced pressure from the state representatives from the very beginning of the investigation into the “BelTA case”, who made threats of disclosing details of his personal life.