Swedish FOJO Institute celebrates its 50th anniversary. Half of that time, it supports Belarusian media sector

For half of its 50 years of activity, the Swedish Institute for Advanced Training of Journalists has closely cooperated with BAJ. During this time, literally all Belarusian independent editorial teams participated in FOJO’s educational programs. 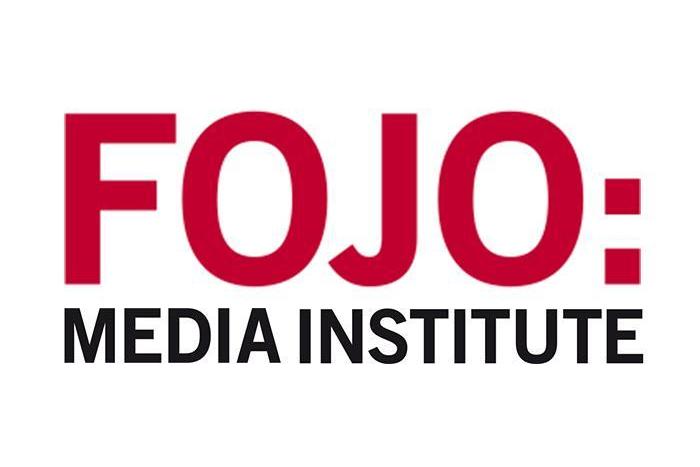 FOJO works together with partners both in Sweden and around the world to strengthen and develop journalism and the media — this way they can contribute to the emergence of a more democratic and sustainable world.

At the end of the 20th century, all eyes were directed at the young Eastern Europe states formed after the collapse of the Soviet Union. In the late 1990s, the then head of FOJO came to Belarus to establish relations with the Belarusian mass media.

From that visit, close cooperation between FOJO and BAJ began.

The Swedish Institute for the Advancement of Journalism offered educational programs from day one. The difference from other organizations was that these were not isolated one-time seminars, but entire courses lasting several weeks.

Participants from Belarus stayed in Sweden for a longer time. They were introduced to experts, prominent journalists, and the institute staff, and at the same time, they could visit various Swedish media and see how Swedish journalism works.

Gradually, in addition to local professionals, the Swedish organizers began to invite experts from other countries to such meetings. This consistent and high-standard 25-year cooperation helped raise the level of Belarusian journalism.

With the help of FOJO, the Belarusian Association of Journalists prepared a pool of trainers within the country. BAJ identified experienced Belarusian journalists and offered them to share their experience with their colleagues – not just compatriots, but also media workers from other post-Soviet countries. At the end of the 1990s, BAJ was quite active in establishing relations with them.

The education of media trainers lasted about 3-4 years.

Afterwards, with some two dozen local trainers in place, the Belarusian Association of Journalists has had no problems conducting its trainings and educational programs.

Being one step ahead of emerging popular trends is FOJO’s distinctive feature. The Swedish Institute is constantly monitoring trends, so our educational programs were shaped based on cutting-edge technologies.

Thus, the program on convergent media was being implemented for seven years in the 2000s. The trainers warned regional and national media about the advent of web journalism. It was to come forward drawing back print editions, so it was necessary to rebuild the usual work processes of editorial teams. The Belarusian media owners at that time were sure that if publishing pays their bills, there was no need to change anything.

As part of the program on convergent media, emphasis was placed on high-level managers with an intent to educate them about the web news world and convince them that it should be developed. Moreover, there was an educational package for middle managers, so that they could later take care of new departments because one person could no longer run the website and the printed version of a publication and engage in business management at the same time. Media owners started training assistants to delegate some of the tasks.

Together with FOJO, BAJ managed to realize many of these ideas.

The program helped increase the resilience of independent media: in the event of the arrest of an owner, the middle management would properly organize the work process, and the media would keep working in an ordinary course.

To a large extent, thanks to the fact that the Belarusian media sector finally believed in web journalism and began to develop it, it was able to meet the challenge when the print editions were hit and the opportunity to print newspapers was not there anymore. Many independent regional media have survived as web editions.

During the 25 years of cooperation between BAJ and FOJO, all editorial teams of independent media have been part of these educational programs in one way or another.

FOJO did not limit itself to independent journalists and sought to establish relations with the entire media sector of Belarus, so at least one-third of the state media outlets attended the Swedish courses. Joint groups were arranged, when representatives of the independent and public sectors went on educational trips together.

Thanks to splendid partnership relations, all programs were adapted to Belarusian realities. If BAJ saw that the schedule included trainers or experts who were far from understanding the local context, it asked partners to adjust the program. Partners from FOJO followed suit and sometimes could even change professionals.

Long-term cooperation has proven to be fruitful. It gave a lot both to individual Belarusian journalists and the independent Belarusian media sector as a whole. To a large extent, today’s resilience of Belarusian non-state media, as well as the absence of panic reactions that could arise in the situation in which editorial teams found themselves after 2020 should be credited to FOJO and BAJ’s cooperation with the Institute.

A quarter of a century has passed, and on the day of FOJO’s anniversary, we are happy to recognize that the cooperation between BAJ and FOJO continues.