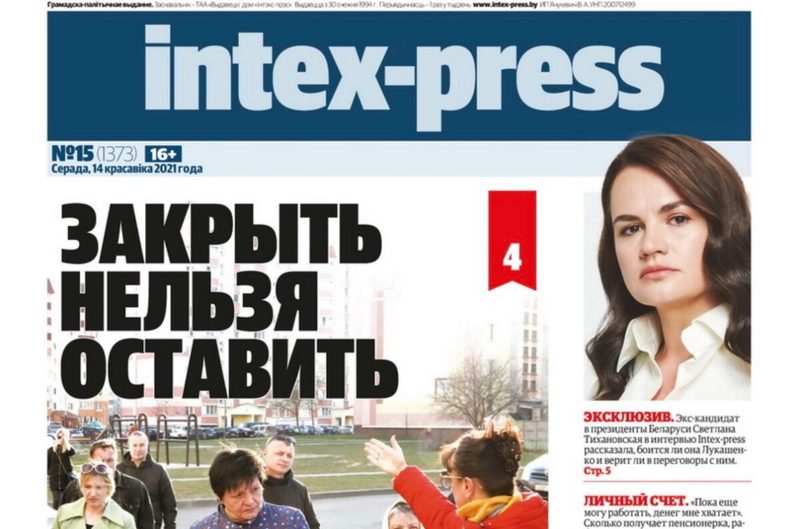 Intex-Press editor-in-chief Uladzimir Yanukevich was summoned to court as the owner of the Intex-press website, which posted an electronic version of the article. He was charged under part 5 of Article 23.5 of the Administrative Code: dissemination by the owner of an Internet resource that is not registered as an online publication, of information prohibited for dissemination on Internet resources by relevant legislative acts.

Yanukevich was given the maximum possible penalty -- 20 basic values (580 BYN).

In addition, the Baranavichy interdistrict prosecutor issued an official warning to the editor about the inadmissibility of repeated violations of mass media legislation.

According to the territorial prosecutor's office, the court ruled to recognize the article published by Intex-press newspaper, as well as the text of the interview and its video recording posted on the website, extremist materials and allowed for immediate execution of the judgement.

A copy of the judgement has been sent to the Ministry of Information, for the interview and its video to be included in the National register of extremist materials. Besides that, this will restrict access to the website for 'violating the procedure for using the resource and posting information, dissemination of which is prohibited by law'.

It also became known that "Belpochta" monopoly chain refused to include ntex-Press in the subscription catalog for the second half of the year, and retail chains have already refused to sell the newspaper.