The leader of Belarusian democratic forces Sviatlana Tsikhanouskaya issued a statement to be presented at the Free Journalism Forum in Vilnius (Lithuania), in which she addressed Belarusian journalists. In the video, she declared her commitment to critical comments and mentioned those behind bars. 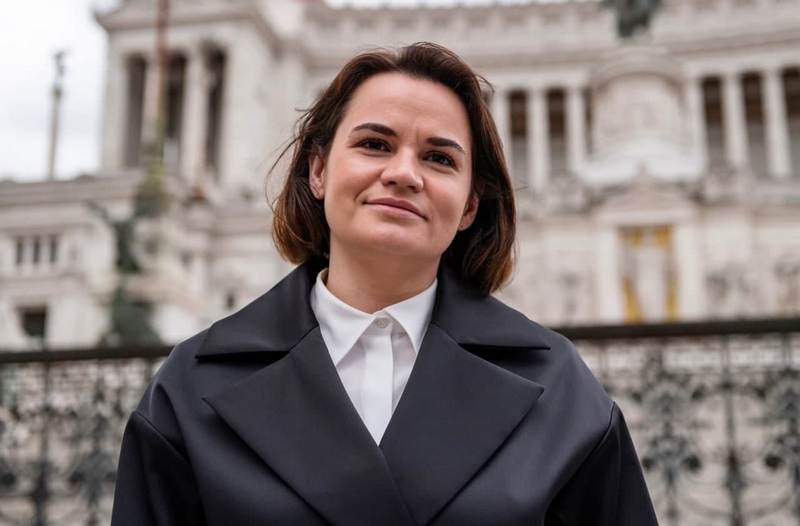 The politician recalled the disappearance of Dmitry Zavadski twenty-two years ago and the murder of Veranika Charkasava in 2004:

“In Belarus, the regime has always kept a bean on principled journalists. However, twenty-eight years were not enough for it to cleanse and take control of the media realm. The truth has always found its way through the propaganda avalanche, despite repression and constant pressure on the media.”

Ms. Tsikhanouskaya thanked reporters and assured them that she appreciated both supportive and critical publications:

Despite the scale of the repression, you did not give up. On the contrary, you tripled your efforts – so that your colleagues would be released as soon as possible, so that Belarusians would not be fooled again with tales of stability or imaginary enemies

“Thousands of Belarusians are facing jail time for printing and discreetly distributing honest news,” said the leader of the democratic forces. “They share important information with independent media and public organizations. In a time of attacks on the media, people have come to your aid. And I’m grateful to each and every one of those citizens”. 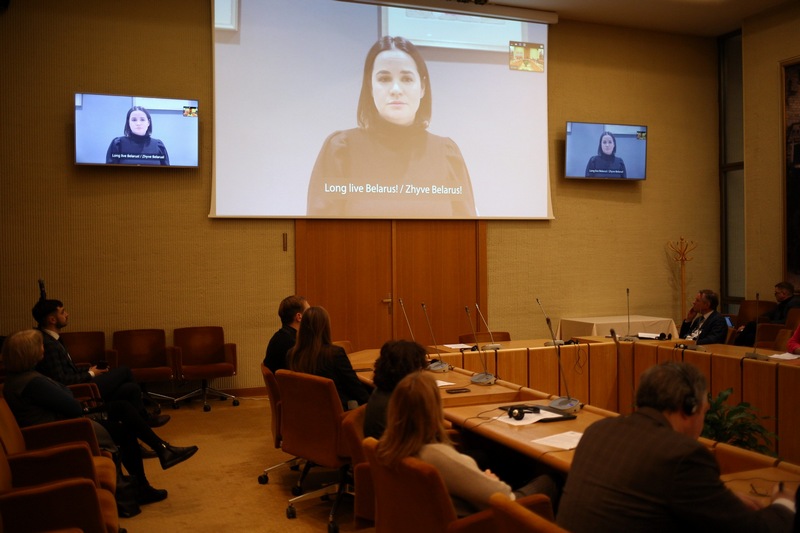 According to the politician, “these dark times will end someday.” And “the spirit, the yearning for truth, and the responsibility for our future will stay with us and help us build a free country”.

Sviatlana Tsikhanouskaya thanked the Belarusian Association of Journalists for fighting for the rights of its members, the Lithuanian Union of Journalists – for its invaluable support and solidarity, and international organizations – for their assistance to media and civic activists.

“Today, when the war has broken out both in the information realm and in real life, when the Belarusians risk not only to go to jail, but to lose their homes, to lose their independence, it is of paramount importance for us to keep Belarus on the agenda,” said the leader of the democratic forces. “Every crime committed by the Lukashenka regime, be it against Belarusians or the people of Ukraine, must be exposed and investigated for future trials.

She admitted, however, that “the struggle for freedom and independence has been longer, harder and more grueling than we had imagined”:

“I admire every person who perseveres in this struggle, who does not break down or give up. I know that the current circumstances seem rather discouraging. But thanks to your efforts, we have a chance to give our country back to the people”.

The Free Journalism Forum, organized by the Belarusian Association of Journalists and the Lithuanian Union of Journalists, takes place on December 1 in Vilnius. Among the event participants are politicians, journalists, human rights activists, and representatives of international organizations.