On October 6, 2022, the Minsk Regional Court handed down a verdict in the “BelaPAN case,” the oldest independent news agency in Belarus. 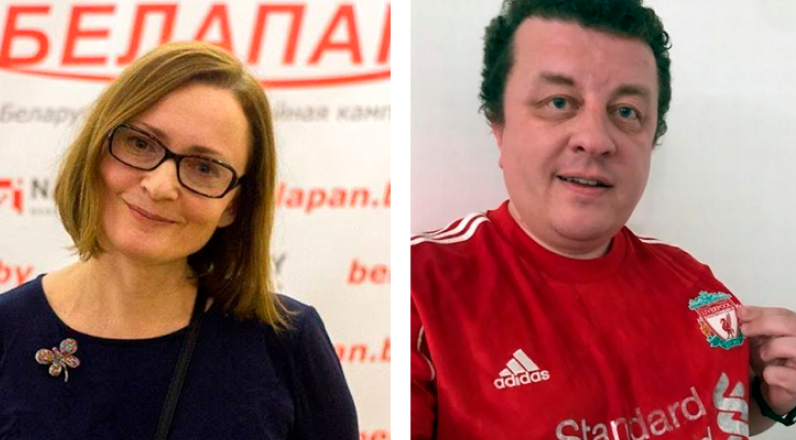 They are accused of creating an extremist formation, which the KGB considers BelaPAN journalists. Aleksandrov is also accused of “treason against the state”, failure to pay taxes on a particularly large scale and preparation of citizens to participate in the riots under Part 2 Article 342, which was expressed in the payment of fines to the protesters.

The trial was held behind closed doors, so no details of the process are unknown to the public.

Iryna Levshyna worked at BelaPAN almost from the moment of its foundation in 1991. She has always adhered to the principles of honesty and freedom of speech. In court Irina had a powerful last word. She pleaded not guilty and stated that she would continue to tell people the truth — now verbally. She is convinced that truth cannot be state or non-state, and that journalists should not be service personnel.

Andrei Aleksandrov is a journalist and media manager, former deputy director of BelaPAN.

He started his career as a journalist in Navapolatsk at the non-state newspaper Khimik. In 2011, Andrei won a prestigious Chevening scholarship from the British Foreign Office, on which he went to study media management at the University of Westminster. He then worked in London at the offices of the human rights organizations Index on Censorship and Article 19, but in 2014 he left the quiet life in London to make a film about the events in Donbass. After that, Andrei returned to Belarus, where he worked as deputy director of BelaPAN from 2014 to 2018.

How much is needed?