Joint statement by human rights and other civil society organizations 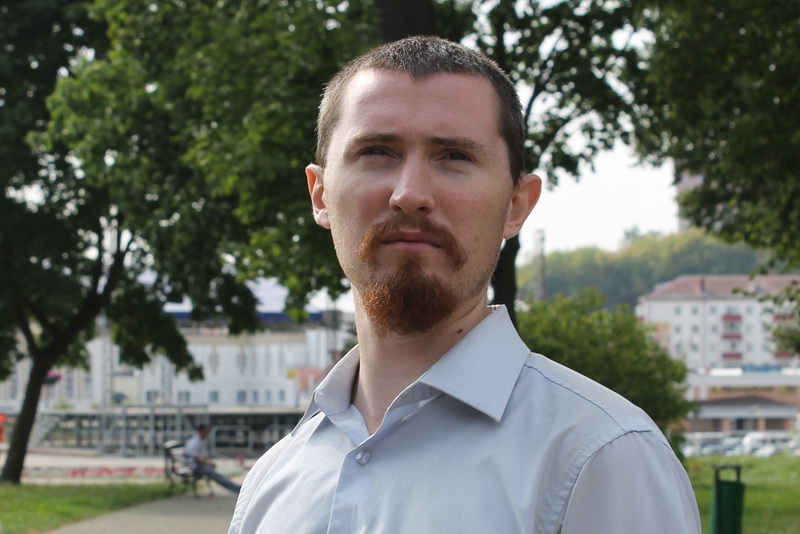 On January 17, Dzmitry Kazlou, a blogger famous for his criticism of the authorities, was once again sentenced by the Orša City Court to 15 days of administrative detention.

It is also known that Kazlou faced a total of eight charges under Art. 23.34 of the Administrative Code (illegal protesting and calling to join the protests), and he is expected to stand another trial on January 27 at the court of the Lieninski district of Minsk.

On December 25, Dzmitry Kazlou was sent to serve 15 days of detention in the detention center of Orša for his involvement in a series of peaceful assemblies that took place in Minsk during the parliamentary elections.

On January 9, he was again sentenced to 15 days in prison for participating in the anti-integration protest on December 21 in Minsk.

The following day, January 10, the blogger was tried again on charges of protesting in Minsk on December 20 and sentenced to 15 days of detention.

On January 13, Kazlou stood his fourth consecutive trial and was sentenced to another 15 days in prison for sharing on social media a message about a gathering on December 29 in Minsk.

On January 20, the blogger was temporarily released from the detention center in Orša due to “disinfection works”. He told reporters after his release that he was sentenced to a total of 90 days of administrative detention.

The tactics of sentencing opposition and civil society activists to several consecutive administrative prison terms have been previously used by the Belarusian authorities as a tool of politically motivated persecution. In particular, back in 2012, activist Ivan Amelchanka served 52 days of administrative detention.

We once again stress that this misapplication of the rules of the Administrative Code is fundamentally flawed, as it is politically motivated and used to pressure and punish public activity, blogger Dzmitry Kazlou, in particular.

In addition, we note that the length of imprisonment imposed on Dzmitry Kazlou can be compared with the punishment provided for by the Criminal Code. His confinement is used solely to sanction his exercise of freedom of peaceful assembly, expression and dissemination of information, guaranteed by the Constitution of the Republic of Belarus and international standards in the field of human rights, the International Covenant on Civil and Political Rights, in particular.

We remind that according to para. 3.1 of the Guidelines for the definition of the notion of “political prisoner” approved by the Belarusian human rights community at its 3rd Human Rights Forum, deprivation of liberty (including administrative detention) in connection with the non-violent exercise of the freedoms guaranteed by international laws on human rights is the basis for the recognition of such a person as a political prisoner, demanding their immediate release. These requirements are fully applicable to persons convicted in administrative trials on charges of participation in or organizing peaceful assemblies and calls to arrange such gatherings, as we have repeatedly stated.

In this regard, we, representatives of the Belarusian human rights organizations, express our protest against the political persecution and the imprisonment of the blogger Dzmitry Kazlou and demand to:

Office for the Rights of Persons with Disabilities