"State media did not turn spotlight on elections as a political campaign," — BAJ presents the results of monitoring media coverage of the parliamentary elections-2019

On November 28 Belarusian Association of Journalists  presented its final report of monitoring the media coverage of the parliamentary elections in 2019. 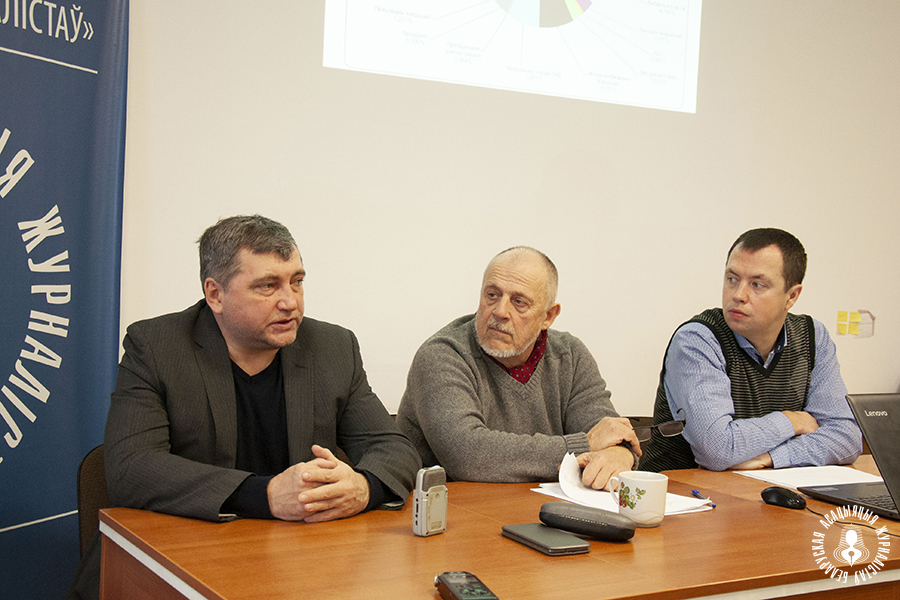 Ales Antsipenka, head of the monitoring group, noted that the state media practically gave no coverage to the political component of the election.

The main focus of the election process in the state media were not people, but the Central Election Commission, district election commissions, and polling stations. "For them, the voters were one of the marginal actors, - said Antsipenka.

- When early voting started, state media exploded with information on elections, but it all came down to urging the people to vote early. Voters were presented in a depersonalized manner, and as a group. Live voices were hardly presented.  Anonymous representation of the participants in the electoral process is one of the key features of the coverage of the electoral process by the state-run media."

The monitoring group pointed out, the non-state media showed a completely different approach: they avoided anonymous representation, and gave space to both the opposition and pro-government candidates.

Antsipenka gave TUT.BY as an example: if by the end of the elections, monitors registered mentions of 90 candidates by the portal.

I believe the Belarusian independent observers may face problems in the future, as they spoil the picture of democratic elections, demonstarted by the observers from pro-governmental organizations and the CIS mission,” -- Ales Antsipenka said.

The task of the monitoring group was to draw journalists' attention to the need to provide full and objective information to the voters, to have no bias, and to keep to the principles of international ethics and professional standards.

Chair of the Belarusian Association of Journalists, Andrei Bastunets spoke about the general context of the parliamentary elections: court hearings of the libel lawsuits against BelarusPartisan, 21.by, and Vecherni Bobruisk, filed by the chairman of the Slonim district executive committee Henadz Khomich;  as well as ongoing persecution and moral pressure on blogger Andrei Pauk.