Stand Up For Online Freedom

05.11.2015 Source: Press service of the Belarusian Association of Journalists

On November 5, BAJ held an online conference on questions of regulating ByNet.

Traditionally, November 5 is the time of Stand up for Journalism campaign. Luckily, this is the first time in years that no journalist is in the middle of a legal suit for defamation, libel, publication of extremist materials or work without some registration (and we hope that in the story of espionage, the KGB forgot to close the case of Mr Alesin, and will do it soon).

Still, with the seeming freedom of speech all over, there is the Damocles sword of the Ministry of Information who enjoy freedoms far broader.

The Internet is becoming one of the main sources of information for audiences in Belarus, no wonder it gains more and more attention of all sorts of people: somebody wants to have larger outreach for their issues, others aspire to gain profit or control, whatever they like.

So, this year journalists and bloggers stand up for free Internet.

At the end of 2014, Parliament adopted amendments to the Law on Mass Media tightening state control on mass media. Now websites also have their censor, the Ministry of Information, who can restrict access to any website upon a request of anyone.

Last year a number of independent websites were blocked. This year blockings reoccurred again. In some cases, it was at least clear who did it and for what (the blocking of kyky.org); in other cases, nobody got responsible. Hacker attacks, or whatever it was, on websites of BelaPAN and some other news providers in December 2014 and at the beginning of October 2015 stayed uninvestigated.

On November 5, BAJ held an online conference on questions of regulating ByNet, guests of the conference were Mikhail Darashevich (Gemius Belarus) and Aliaxei Kazliuk (Center for Legal Transformation Lawtrend)(text version of the conference coming soon).

BAJ is going to clarify more details about how the Ministry of Information operates, how many decisions to restrict access to websites were taken, what’s the most frequent procedure applied (basic mechanism is described in the infographic below). 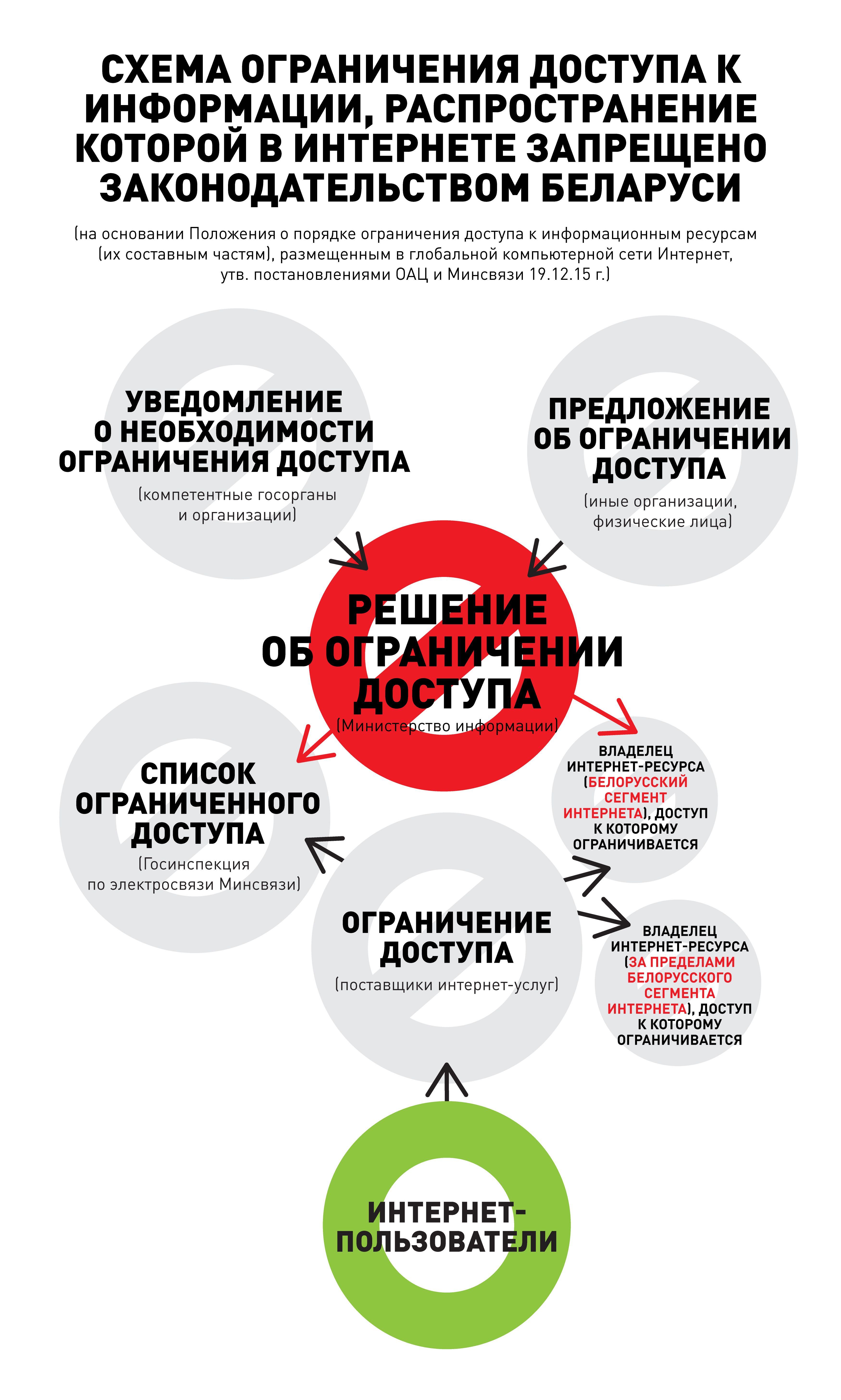 Vitebsk branch of BAJ held a contest for the best logo of the campaign.

The next year, some amendments on storage of data of online operations come into effect. Meanwhile, the authorities voiced their inclination to do their best to block VPNs and proxy servers.