The case of Alyaksandr Ivulin, a journalist at the sports media outlet Tribuna and a football player of Krumkachy team, is starting to be heard on January 17 in Savetski district court of Minsk, tribuna.com reports. The defendant has been behind bars for about seven months. 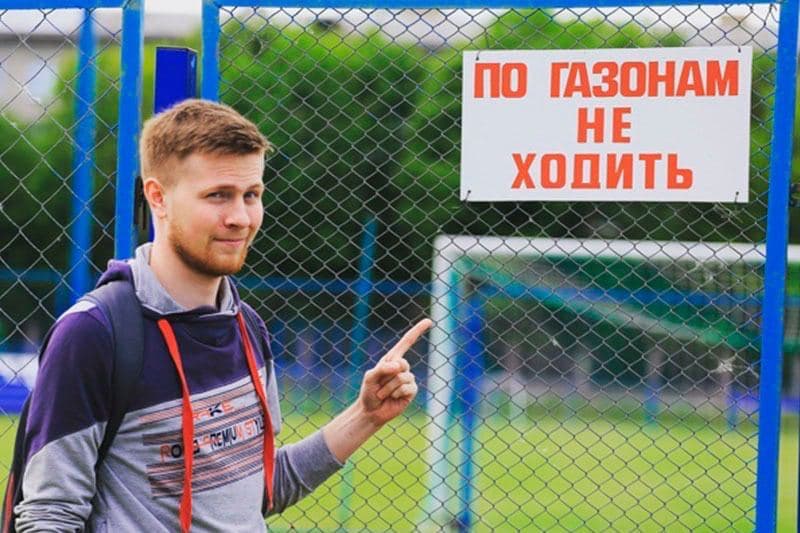 The trial is to be conducted by judge Syarhei Shatsila.

Ivulin was detained in early June in Minsk. After spending 30 days in the notorious detention centre on Akrestsin Street, he was not released.

Notably, during Alyaksandr’s being in ‘Akrestsin’, food parcels were not being handed over to prisoners; they might be deprived of mattresses and pillows; in most cases, inmates were taken out of the cells only when handcuffed and with their hands raised behind their backs. On the night of July 10, the journalist was placed in remand prison Nr 1, where the confinement conditions were reported to be better: inmates get mattresses and bedsheets, they even have a chance to take a shower or watch TV.

Later, the arrestee charged under Part 1 of Article 342 of the Criminal Code (‘organisation and preparation of actions that grossly violate public order’). According to the Belarusian authorities, they have photos of Alyaksandr going down the roadway during the protests, which gave ground for accusing him of ‘blocking off traffic’. The maximum punishment under the article is three years in jail.