Sports journalist sentenced to 15 days in jail over “extremist” content

According to the team, a judge of the Centraĺny District Court in Minsk found Mr. Masloŭski guilty of distributing extremist material, an offense penalized by the Civil Offenses Code’s Article 19.11.

Mr. Masloŭski was arrested on September 6. 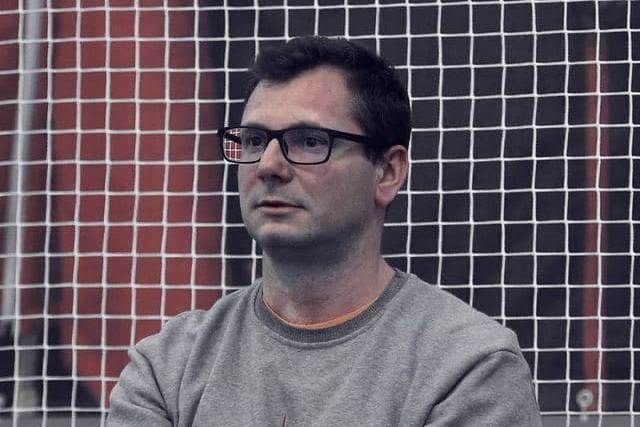 Officers of the interior ministry’s organized crime and corruption department, which has played a central role in the government’s crackdown on political opponents, searched Mr. Masloŭski’s apartment before arresting him.

The journalist was placed in the detention center on Akrescina Street in Minsk.

Maksim Bierazinski, head of the site who is currently staying abroad, had his Minsk apartment searched on September 1.

Aliaksandr Ivulin, a by.tribuna.com journalist, was arrested at his Minsk home on June 3 and sentenced to 30 days in jail the following day on a charge of holding an unauthorized protest.

He was not released on completion of his jail sentence. Instead, he was put in custody and charged under Part One of the Criminal Code’s Article 342, which penalizes “organizing or taking an active part in group actions grossly disturbing public order.”

Mr. Ivulin is currently held in Pretrial Detention Center No. 1 on Valadarskaha Street in Minsk.