On April 26, the Viciebsk region court upheld the decision of the Orsha court to fine a local environment activist for a live stream on the social net Odnoklassniki. 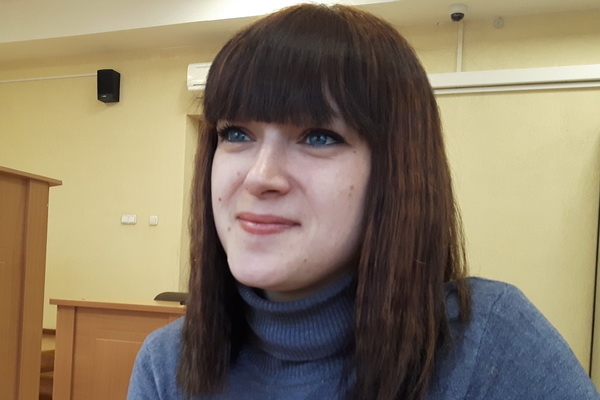 Yuliya Grenkova (penname Yulliya Malyshava) visited an animal nursery to find out what the conditions of keeping animals were there. Several volunteers entered the premises freely. When they were near outdoor cages with dogs, a guard appeared, and they started asking why the animals were kept in such poor conditions. The guard started to insist that they should leave. Yuliya Grenkova switched on her mobile camera and published a live stream on the local social net Odnoklassniki. The guard called the police, seven volunteers were detained, and later on fined.

The Orsha court found the Yuliya Grenkova guilty of violating article 22.9, part 2 of the Code of Administrative Violations (illegal production or dissemination of mass media products), 23.4 (disobedience to police’s demands) and fined her for 483 BYN, plus the charge of unlawful trespass to the territory of the nursery cost her 575 BYN. The appeal hearing lasted around 5 minutes.

She was given the minimum fine according to article 22.9 – 20 basic amounts – as she is a mother of two kids on maternity leave.

“The gate was open, and we entered. We met a men who introduced as the head of the guard and accompanied us to the open-air cages. However, later on it turned out that he was only a guard. I started  the online stream in Odnoklassniki, but then another man appeared, who was the chief," tells Yuliya. "He called the police claiming that we entered without permit. We were going to feed the animals, and we were horrified by what we saw – all animals were skinny and shagged out. This is what I showed in my stream. As well as the moment of our detention.”

In a comment to Euroradio, Andrei Bastunets says that it is absurd to regard a social net as a mass medium. “BAJ is generally against applying article 22.9, never mind whether this concerns a journalist or a regular citizen. As for this situation, it is absurd. A large number of Belarusians use social nets. And we speak not only of streams here. Following this logic, every person could be held liable for any post that the police does not like.”