Smalyavichy court has imposed a fine of 1,225 Belarusian rubles on journalist Volha Czajczyc for her contributing to a news story about local residents’ protest.

“Judge Alyaksandr Kazlouski said that he considered my making a statement an attempt to defend myself. In his opinion, all what I said is a lie,” she stressed.

It is the ninth time the journalist has been punished for her professional activity this year; the penalty amount has totalled to 8452.5 rubles (nearly $4,200). In 2017, she was fined seven times. 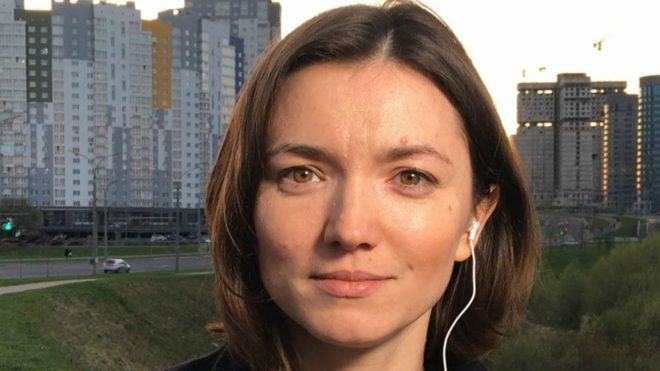 Because of the work in the ‘partisan’ conditions, Belsat employees are often on trial for illegal production of media materials (Article 22.9 of the Administrative Code) and work without accreditation. In 2017 alone, Belsat contributors paid to the state as much as $14,000 in fines. According to BAJ, last year, 94% of fines for alleged illegal manufacturing of media materials fell on the journalists of Belsat.

The Belarusian Foreign Ministry has repeatedly declared that it could not issue any accreditation to Belsat because the journalists working for the TV station … break the law.

For the year to date, fines totaling to about $ 30,000 have been imposed on our journalists by the Belarusian authorities. However, these draconian measures will not affect our work. We keep developing and launching new projects.