A candidate’s slogan was changed for the opposite with the help of a caption on the video recording of his speech; the candidate to Parliament appeared on local TV with the slogan “For Belarus without Lukashenko”. 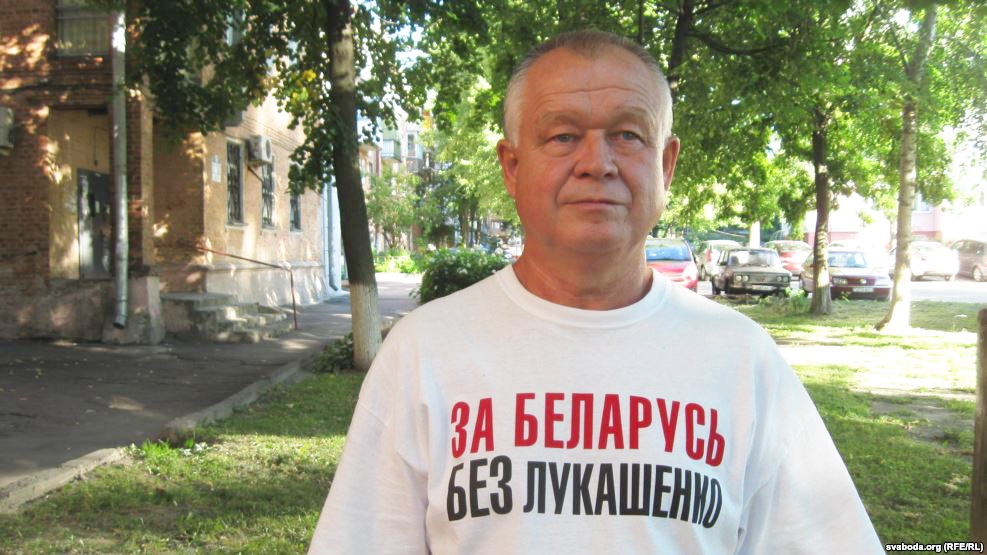 On August 16, candidates to Parliament went to give speeches on local TV in Homel – these were five minutes of free airtime on state TV, guaranteed by electoral legislation.  The candidate of the United Civil Party Uladzimir Niapomniashchykh was wearing a T-shirt with the slogan “For Belarus without Lukashenko”. However, in the video recording, the second half of the slogan was hidden by a caption with the candidate’s name. This transformed his slogan into “For Belarus”, the one that Alexander Lukashenka used at his elections in 2010.

In 2012, at the previous parliamentary elections, Uladzimir Niapomniashchykh, also wearing the same T-shirt, was banned from TV at all; the crew demanded him to get dressed into something else.

At the end of the speech, though, the candidate pronounced the slogan. In his address, Uladzimir Niapomniashchykh said: “Good afternoon, so called voters. I say “so called” – as there are no elections in Belarus.” The whole recording of his speech can be viewed here.

His opponents in constituency No 31 are former head of the regional KGB Ivan Korzh, an activist of the leftist party Fair World Aliaksandr Sukharuchanka, and a candidate from the LDP Aleh Danskikh.