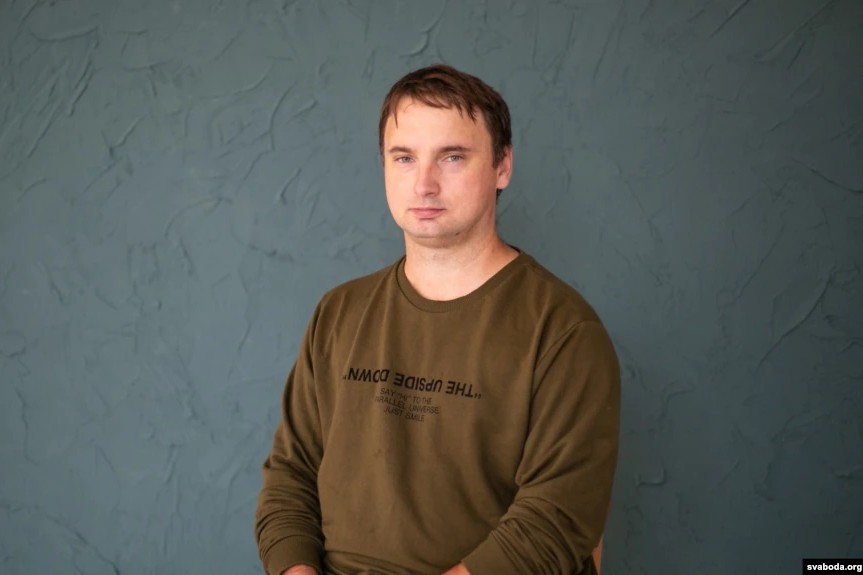 The family of RFE/RL freelance correspondent Andrey Kuznechyk say the journalist has been sentenced to six years in prison in Belarus on a charge of creating an extremist group.

According to the relatives, the Mahilyou regional court in the country's east took only a few hours to hear the case and hand down its verdict and punishment on June 8 in a closed-door trial.

The 43-year-old father of an 8-year-old daughter and 2-year-old son was initially sentenced to 10 days in jail on November 26 on hooliganism charges that he rejected.

On December 6, when his sentence ended, he was kept in detention and handed another 10-day jail term, also on a hooliganism charge.

After serving that jail term, Kuznechyk remained in jail and subsequently was charged with creating an extremist group, a charge that officials withheld from Kuznechyk's relatives and colleagues for months.

Kuznechyk’s relatives told RFE/RL at the time that the journalist continues to maintain his innocence.

RFE/RL President Jamie Fly has said Kuznechyk’s previous sentence was based on "absurdly fabricated charges" and should be considered a crime in itself.

Fly has also condemned the Belarusian government's actions against independent media in the country, saying Kuznechyk is among the "hostages taken by this lawless regime, not criminals. Factual reporting is not an ‘extremist’ activity, and journalism is not a crime.”

Since a disputed August 2020 presidential election sparked mass protests over authoritarian ruler Alyaksandr Lukashenka's victory, tens of thousands of Belarusians have been arrested for voicing any dissent against the regime.

The crackdown has pushed most opposition politicians, who say the vote was rigged, to leave the country fearing for their safety.

Many Western governments have refused to recognize the results of the election and do not consider Lukashenka to be the country's legitimate leader. Many countries have imposed several rounds of sanctions against his regime in response to the suppression of dissent in the country.