22.11.2017 Source: Press Service of the Belarusian Association of Journalists 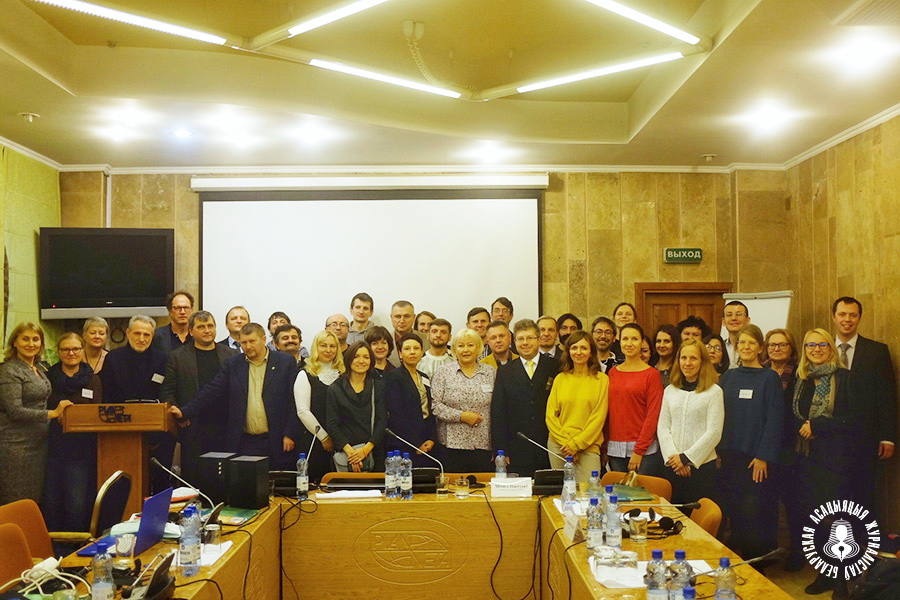 Being the participants of the international conference on ‘The Perspectives and Challenges to Freelance Journalism in Europe. A Special Focus on Belarus’ from Belarus, the United Kingdom, Germany, Norway, Italy, France, Sweden, Russia, Ukraine, and Estonia as well as being representatives of the International Federation of Journalists and the European Federation of Journalists we would like to state as follows:

Freelance journalists face difficulties with carrying out their professional activity in some European states.

However, the pressure on such journalists in Belarus is unprecedented.

Contrary to the provisions of Belarus ‘Law on Mass Media’, the police and courts oblige freelance journalists to apply for accreditation in the Ministry of Foreign Affairs of Belarus, despite the fact that the media workers are not employed as staff workers of foreign media. Consequently, they groundlessly equal the journalistic activity without accreditation to the violation of production and dissemination of mass media products (article 22.0, part 2 of Belarus Code on Administrative Offenses). However, mass media products are neither produced, nor distributed by journalists. The media products are produced by editorials and disseminated by the press distributors. Therefore, the freelance journalists cannot be made accountable for the alleged violation of the activity procedures even in case they prepare the material without accreditation.

Huge fines have been imposed on the freelance journalists, whose materials appeared in foreign media, since 2014. The fines often exceeded the amount of monthly consumer budget per person in Belarus.

48 cases of imposing fines for practicing freelance journalism were registered in Belarus in 2014-2016. The total sum of fines equaled EUR 15,000.

At the same time, there have been registered 50 facts of imposing fines on freelance media workers for the total sum of 18,000 EUR within 10 months since the beginning of the year 2017.

Taking into account the said above, we call upon

1. the official authorities of Belarus with a demand:

2. the civil society of Belarus and journalists from all countries of the world:

Adopted at the international conference ‘The Perspectives and Challenges to Freelance Journalism in Europe. A special focus on Belarus’.