Minsk, 21 July. As many as 213 representatives of Belarus’ biggest independent media outlets have urged the authorities to end the persecution of journalists. 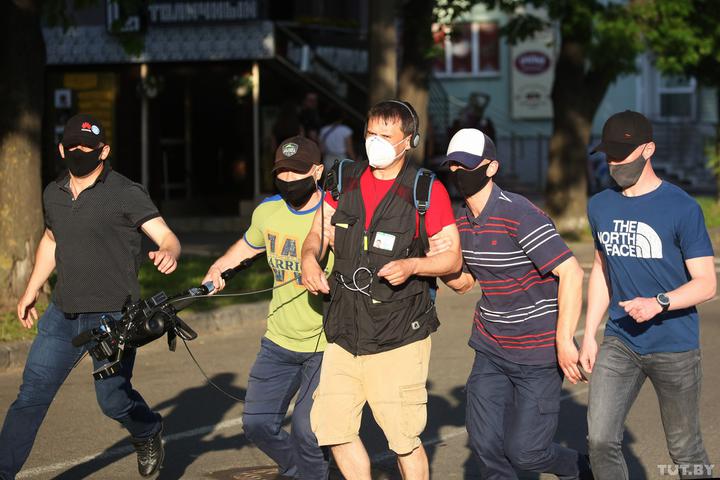 In their appeal, the journalists accuse the government of targeting media workers with tough repressive measures and note that 43 correspondents of dozens of media organizations have been arrested while doing their work since the start of the presidential election campaign.

The appeal specifically mentions the brutal arrest of Radio Free Europe/Radio Liberty correspondent Anton Trafimovich that left him with a broken nose. Mr. Trafimovich, who was grabbed by police while live-streaming a gathering of supporters of Aliaksandr Lukashenka’s presidential rivals, has since been charged with disobeying police orders.

The appeal warns that such arrests are interference with journalists’ work, an offense punishable under the Criminal Code’s Article 198, and are meant to “intimidate journalists and show them and entire society that laws don’t work when higher political interests are at stake.”

“However, the shamelessness of such actions leads to the opposite effect,” it says. “The cynical desire to show citizens how much defenseless they are against the government above all discredits the government itself.”

The journalists express “support for and solidarity with all those wrongfully detained, beaten up and humiliated” and stress that they will continue performing their professional duty.

“We demand that the authorities stop persecuting journalists representing independent media outlets and want to remind law enforcement officers that by arresting journalists who are performing their professional duties and using force against them, they not only break the law but also commit a crime,” says the appeal.

The journalists add that the leadership of the Minsk city police earlier ignored a similar appeal while the interior ministry has gone back on its promise to hold a discussion with journalists covering mass gatherings.