Reporter Gets Moral Damage Compensation for Unlawful Imprisonment in KGB

In 2012, a reporter and then a student of journalism department Anton Surapin spent a month in the KGB detention center for allegedly aiding the teddy bear air drop team. 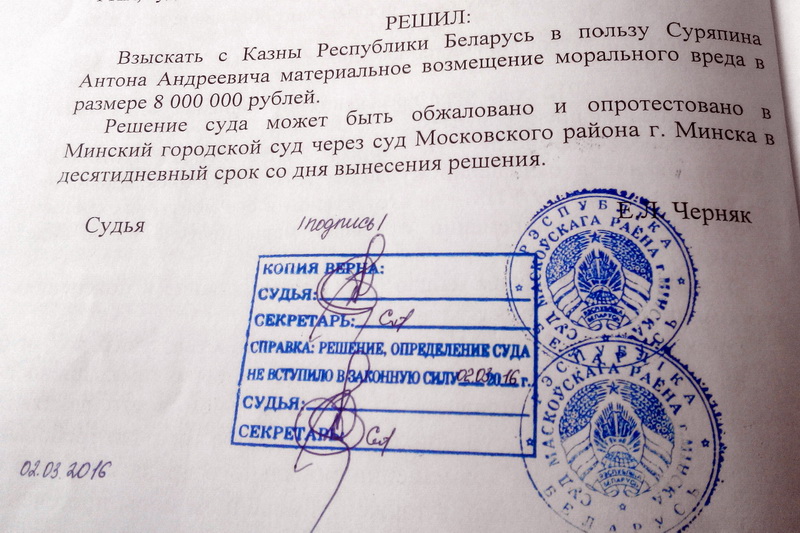 Then, almost four years ago, the teddy bears were bumped on a town of Ivianets from a plane that illegally crossed the airspace of Belarus. The team of Swedish PR agency Studio Total got away with penalty for their stunt.

Anton Surapin was arrested after he was first to publish the photos of the teddy bears on his website BNP.by. The arrest sparked a huge outcry and a wave of solidarity among journalists. A month later, he was set free under recognizance not to leave Belarus. In June 2013, almost a year later, the case was closed. 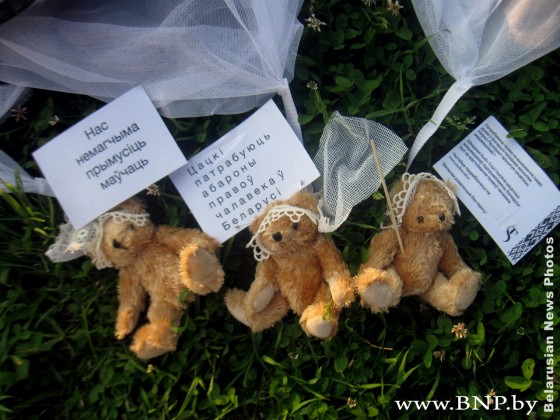 The journalist says he planned to sue the investigators for the unlawful detention, but he could not obtain all necessary documents and meanwhile lost one year while serving in the army. Upon return, with the help of BAJ lawyers, he submitted his suit to court demanding 190 million rubles compensation. The defendant, the Ministry of Finances, motioned to close dismiss the lawsuit. However, on March 2, 2016, the Maskouski district court of Minsk ruled to pay the journalist the moral damage of 8 million rubles. Straightaway, the defendant appealed against the payment, and the journalist appealed against the decision claiming the sum was too small.

“The appeal court upheld the initial decision, and now the Ministry of Finances is to pay me those 8 million rubles of moral compensation. Generally, I am satisfied, as this has been the first precedent in years when a person, who had been recognized a political prisoner by the international community, succeeded in his claim for compensation,” says Anton Surapin.

“Now I have two options: to appeal to the Supreme Court to increase the sum of compensation, because 8 million rubles (around 400$) for a month of arrest and a year under recognizance is incomparable. Another option is to lodge an appeal to the General prosecutor’s office to make the KGB officially bring apologies for the story. Also, I thank BAJ and personally to Aleh Aheyeu for professional legal support,” he added.