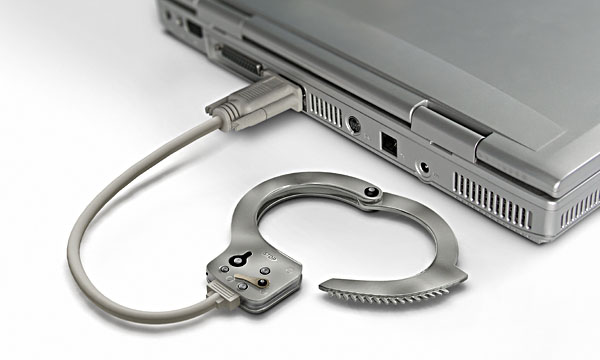 The first legal act to regulate relations in the Internet was adopted in 2010: the Presidential Edict No 60  On measures to improve the use of the national segment of the Internet. The leading enforcement agency for the edict has been the Operative Analytical Center (OAC) under the auspices of the President of the Republic of Belarus.

Edict No 60 envisaged restriction of access to Internet resources with unlawful or undesirable content, obligatory for state organizations, including cultural and educational establishments, and as an option for other Internet users.

The websites were blocked without court hearings, on the grounds of a black list sent to Internet providers. The list was classified. Website owners were not informed that their resources had been restricted, so they were unable to challenge the decision to block them. A few of the restricted resources had been charter97.org, belaruspartisan.org, personal Livejournal blog of Yauhen Lipkovich, website of the human rights center Viasna spring96.org and others.

The situation changed with adoption of amendments to the Law on Mass Media since the start of 2015. The new article 51.1 says that restriction of access to mass media products disseminated by means of an informational resource (or its component) on the Internet will be carried out upon a decision of the Ministry of Information in case the resource disseminates information banned by law.

The law forbids dissemination of propaganda of violence, war, cruelty, extremist activities, consumption and use of drugs and psychotropic substances, pornography, and information able to inflict harm to the national interests of the state.

Blocking can be performed with only one-time violation, within three months since it occurred, this refers to access to both Belarusian and foreign websites viewed in Belarus. The decision to block a resource is taken extra judicially by the Ministry of Information, upon the request of any state body.

On February 19, 2015 OAC and the Ministry of Communications and Informatization adopted a joint ruling No 6/8 on the procedure of restricting access to informational online resources, which establishes that access to a website can be restricted when:

- the owner received two or more written warnings within a year from the Ministry of Information;
- it contains informational reports and (or) materials aimed at illegal sales of drugs, other information banned or restricted for dissemination according to legislative acts of Belarus, and by court decisions that came into legal force;
- the website owners did not fulfil the lawful demand of a state body to eliminate violatins of mass media legislation.

The list of websites access to which is restricted is formed upon the decisions of the Ministry of Information. Now there are no options, the black list is compulsory for all Internet users in Belarus. The list is classified. As of May 4, 2015 there were 18 websites on the list.

There were cases when authors of comments were held accountable because they were deemed offensive. For instance, a user of tut.by was fined for a comment offending a police officer. In another case, a commentator was fined under art. 391 of the Criminal Code for offending a judge. Many times, publications of a photo of a picket, or a meeting or whatever online was interpreted as holding of an unsanctioned mass event.

The amendments of 2015 shifted liabilities on intermediaries, too: website owners have to disallow the use of his/her Internet resource for dissemination of information contradicting to requirements of the Law. Meantime, the article does not specify time and actions for the website owner in order to fulfil this requirement.

The Decree No 6 “On urgent measures to counteract illegal turnover of drugs”, adopted at the end of 2014, also envisages liability of website owners for dissemination of information about sales of drugs etc., obliging them to inform law enforcement agencies on attempts to use their informational resource as a platform for illegal drugs trade.

The amendments contradict to the earlier Edict No 60, which establishes that liability for information lies on the persons who published (transmitted) the information. The collision is to be resolved soon, as reported Liliya Ananich, the Information Minister, the draft law has been prepared.

Decree No 60 established the authorities’ intention to collect and store user information about website visits, the duty imposed on Internet providers. The Decree “On urgent measure to counteract illegal drug trafficking” specified the date when the measure will be enforced – since January 1, 2016.

The measure, although implies good intentions, creates possibilities for total control, as any state body could have the information for whatever purpose. At least, for now, there are no supervisory and control mechanisms how, when and by whom the data can be used, and this hampers privacy of personal life and correspondence.

Amendments to Internet Control Prepared Secretly from the Public

On April 21, in the annual speech addressed to the Belarusian people, Aliaksandr Lukashenko told that the Ministry of Information had been charged with a task to draft a new law to control the Internet.

According to Beltelecom data, foreign websites make 95 per cent of online traffic in Belarus.

The state enterprise on supervision of electronic communications BelGIE launched the system of automatic search for anonymizers.

Ministry of Information Blocks 40 Websites, 11 of them Extremist

In 2015, the Ministry of Information restricted access to 40 websites, says Lilija Ananič in the reply to BAJ request sent on November 5.

The Belarusian Association of Journalists is concerned by the hacker attack on the websites of the independent news agency Belapan.com and Naviny.by.

The websites of BelaPAN news agency have been under DDoS attack since the weekend.