He is accused of taking part in an unauthorized rally while being deprived of the journalist accreditation of the Belarusian Foreign Ministry. 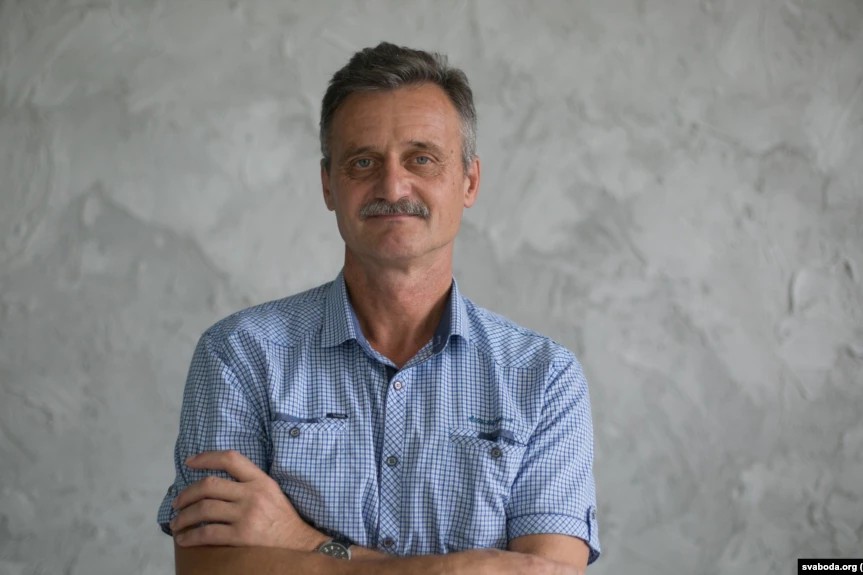 Aleh told the investigator that he had not pleaded guilty, that he did not take part in the action, but acted as a journalist and covered the march disregarding the fact that he did not have accreditation. At that time he worked as a freelance reporter for Narodnaya Volya newspaper.

Today Aleh Hruzdzilovich’s wife Maryana delivered him a care package, first of all, warm clothes and some food, she told Radio Svaboda.

According to the lawyer, Aleh looks fine, he only asked for warm clothes. His cellmates helped him with it, gave him extra pants, he used a towel to substitute a scarf.

Aleh Hruzdzilovich was detained on December 23 and transferred to the pre-trial detention center in Minsk. He has not had any interrogations since his first arrest in July 2021. As late as December 28 the first one took place.

Hruzdzilovich was detained for the first time on July 16. The Svaboda editorial office was searched and the office was sealed. He was released ten days later.

Andrei Kuznechyk, a Radio Svaboda freelancer, has been in jail for a month now. A criminal case has also been initiated against him. Radio Svaboda journalist and consultant Ihar Losik has been in prison for a year and a half. He was sentenced to 15 years in a penal colony.

On December 23, it became known that the Belarusian security forces recognized Radio Svaboda as an “extremist formation.”