11.12.2017 Source: Press Service of the Belarusian Association of Journalists

A journalist Halina Abakunchyk has been announced the Journalist of the Year as a laureate of Human Rights Defenders’ Award – 2017. She was praised for the ‘defense of human rights values’ in her work. 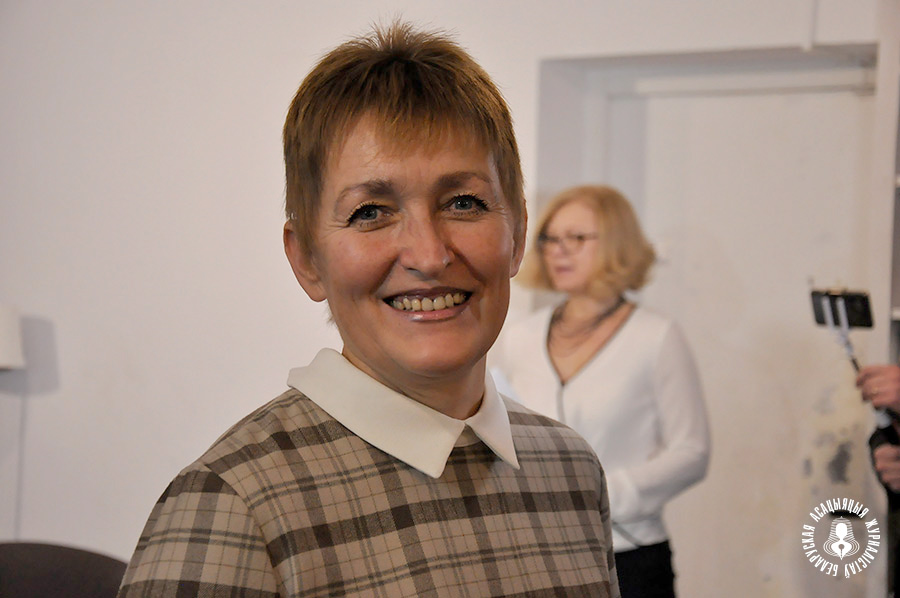 Halina Abakunchyk has been repeatedly prosecuted for her professional activity. She has always been in the epicenter of events. In particular, Ms. Abakunchyk was prosecuted for reporting from the ‘Non-parasite citizens’ Rally’ in a district centre of Orsha, Vitsiebsk region in the spring of 2017. A huge fine was imposed on the independent radio journalist for her work. Moreover, she was deprived of her press credentials from the Ministry of Foreign Affairs of Belarus.

An archivist historian and a former political prisoner Zmitsier Drozd handed over the award to Halina Abakunchyk.“Solidarity is very important. Human rights defenders, activists, and journalists can hardly work without it. The award can be given to quite a few journalists. All of us work in complicated realities, when the law is violated. However, we don’t work in vain. We are approaching the time, when Belarus will be a normal country, when the laws will be duly applied and human rights will be regarded as rights. It is impossible to stop time and history. Freedom is inside of us. This is my life credo”, noted Halina Abakunchyk during the solemn awarding ceremony in Minsk. 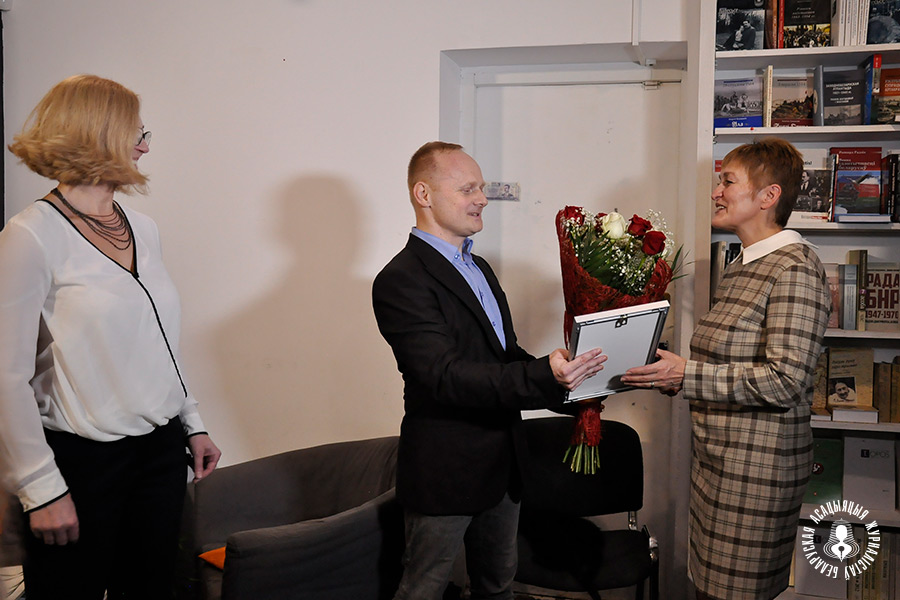 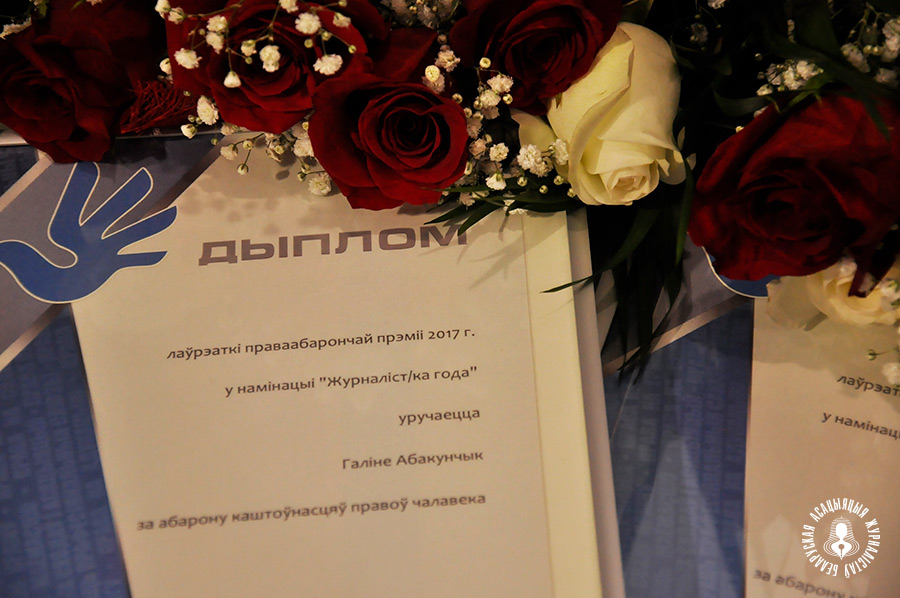 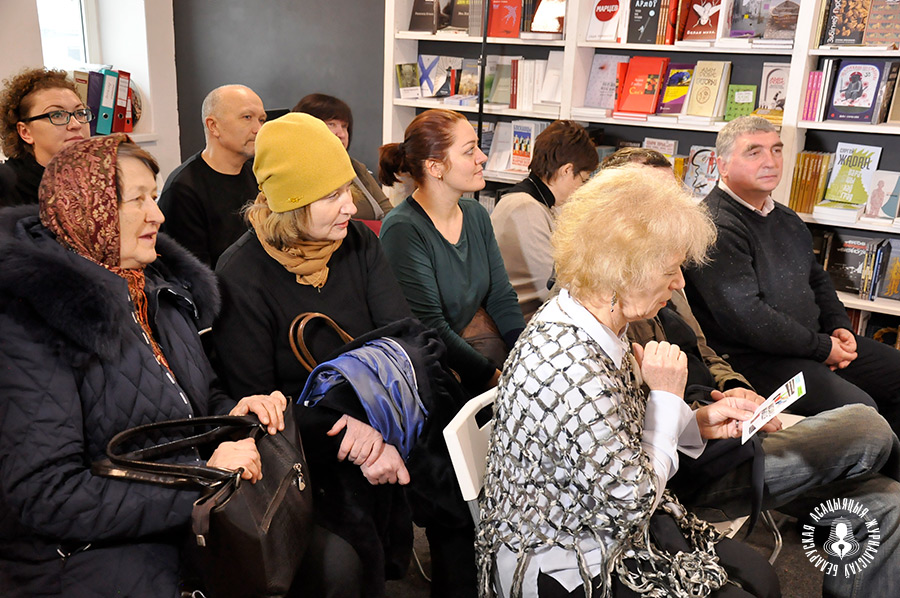 Raisa Michailouskaya from the Belarusian Documentation Centre has been announced the Human Rights Defender of the year. 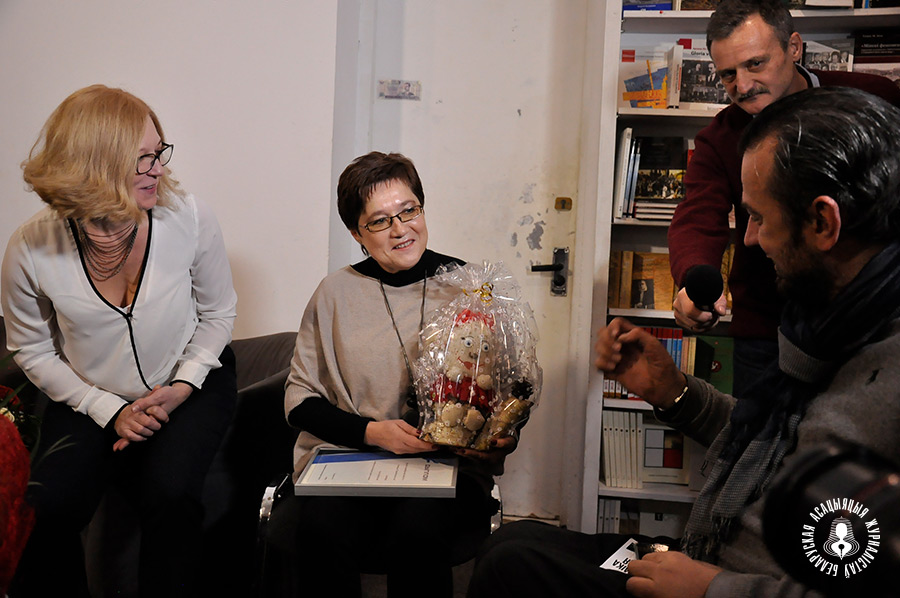 By_Help human rights campaign in support of oppressed citizens during the protest events in the spring of 2017 has been announced the best campaign of the year. Yuliya Darashkevich received the award as a representative of By_Help civil initiative.

It is worth mentioning that all laureates of Human Rights Defenders’ Award are women this year. Congratulations to the winners! 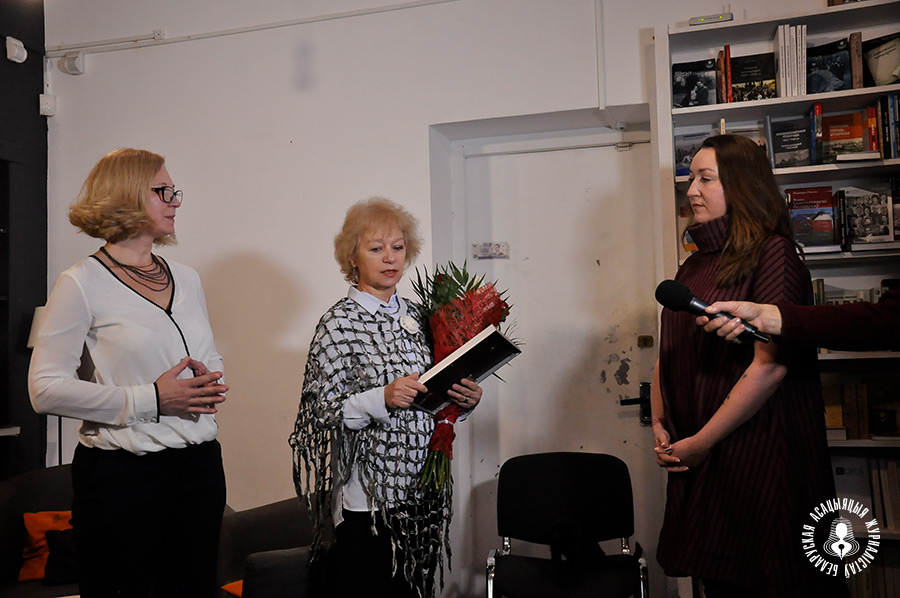 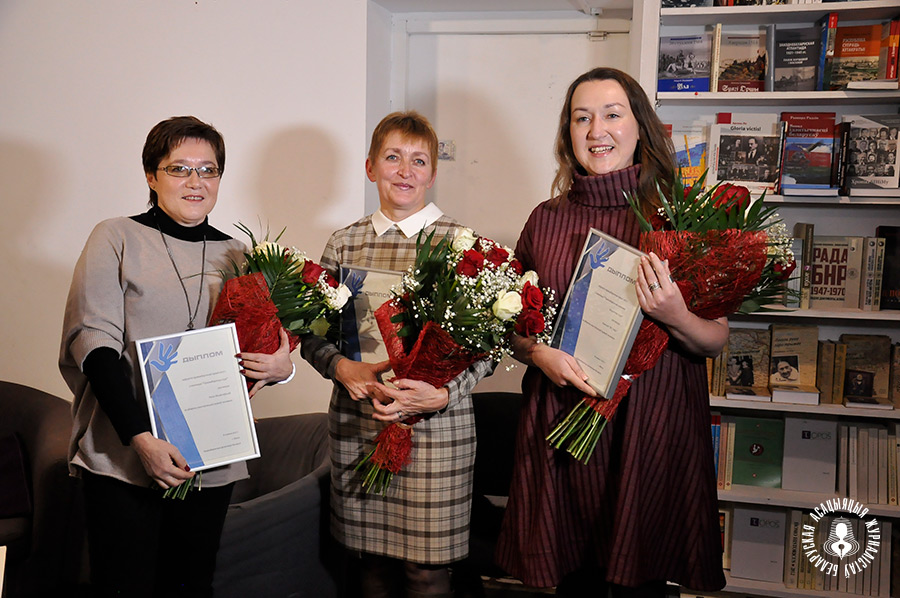 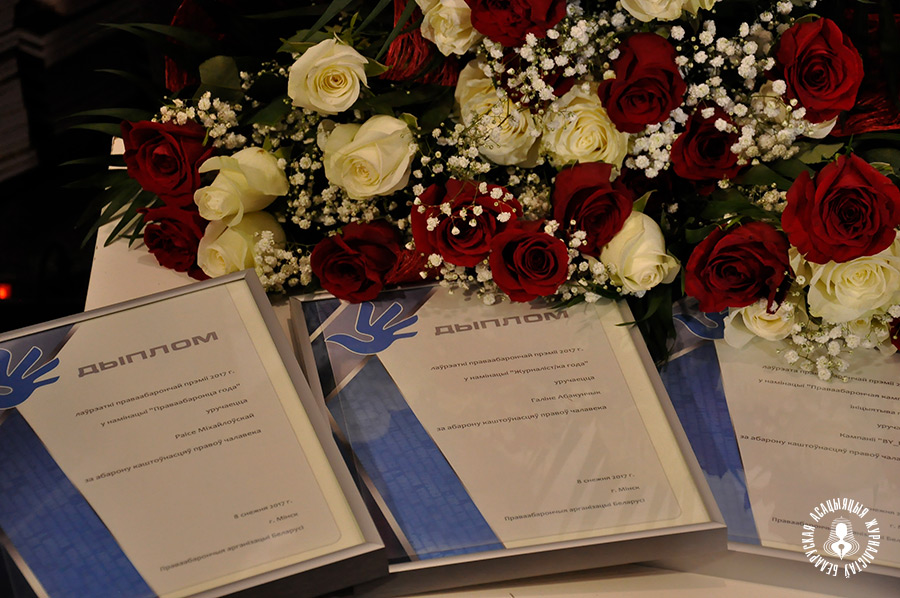