Protest in cell 15. Iryna Slaunikava and other detainees on hunger strike in detention center

Ten women have been on hunger strike in the double cell 15 in the temporary detention center in Akrestsin Street since the evening of November 3. There were plenty of reasons for this: it's been more than a year since the detainees were deprived of care packages, they are not taken to the shower or for a walk, the cells were overcrowded, medicines and the necessary medical treatment for COVID-19 were not provided. 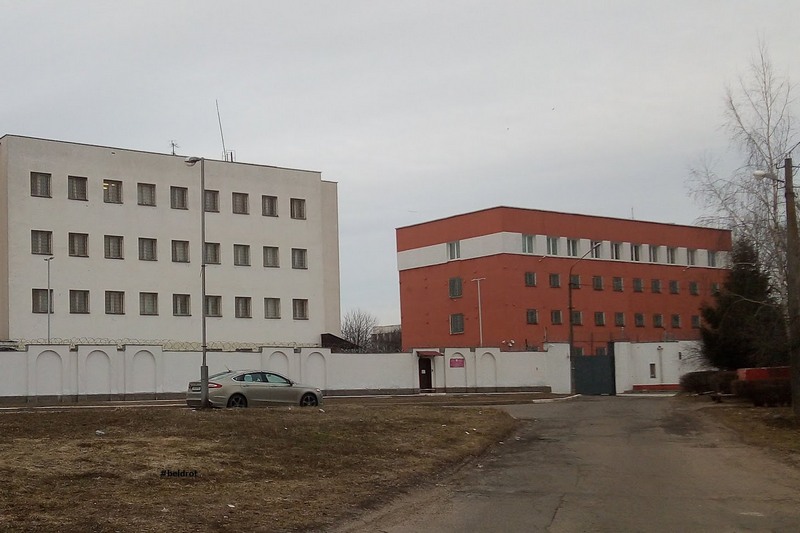 From mid-October, the administration of the facility started pressuring women in cell 15: they were stripped of all their outwear that the detainees could use as mattresses. The clothes that women managed to pick up were taken away and added to the list of arrested items. Everything else was thrown away.

From November 1, the women were not given toilet paper. Therefore, they went on a hunger strike with the demands to reintroduce walks and showers, turn off the lights in the cells at night, give out all the necessary things according to the norms, return all belongings and medicines.

Apart from journalist Iryna Slaunikava, political prisoner Anastasia Krupenich-Kandratsjeva was kept in the cell until yesterday. The former detainees told what was happening in cell 15 of the detention center.

"I'll wean you off from writing complaints." Why they started pressuring women

As human rights activists learned, such a bad reaction in the facility administration was caused by a recent complaint about the conditions of detention of one of the former detainees. During the "riot", the deputy head of the facility stated that the complaints that the detainees wrote after their release are not valid. He added that the conditions of detention would worsen to "wean" them from writing complaints. He also promised to make the cell only seven degrees warm.

All these weeks, the guards carried out an additional search in the cell. That applied exclusively to cell 15, even though there was another male “political” cell on the floor.

During the search, all the "unnecessary", according to the administration, things were seized: toothbrushes, pads, medicines. According to the released, warm clothes were also confiscated from men in mid-October.

The girls say that the cell itself is very hot and stifling. The feeder was sometimes opened three centimeters wide approximately for an hour and a half. At the end of the month, they stopped opening the "feeder" at all. According to guards, "detainees should get some air when food is served." At the same time, when the feeder was open at night and it was cold, the guards refused to close it. The former detainees also noticed that the food distributor had stopped serving white bread, although they had to give it 75 grams twice a day.

Even medical masks which women used as hair bands were collected.

The detainees have to beg for soap and toilet paper

Previously, the detainees who were detained at home could bring personal hygiene items, towels, and other necessary things into the cell. Now the "newcomers" come to the cell empty-handed - all this is taken away in the detention center. So women still stay in detention without shampoo and toothpaste. Toothbrushes, linen, and towels remain after the former detainees. Women have to wash their hair with local soap - half a piece for ten detainees. The detainees have to beg for it and toilet paper. Sometimes they are not given for two or three days in a row. At the request to get toilet paper, the guards offered to use T-shirts instead.

"It's no health resort here." Four brushes, three bottles of water, and seven pads for 10 women

All medicines were taken from the women's bedside tables: cold pills, nasal and throat sprays, antiviral powders, Smecta. At the same time, they said: "It's no health resort here to get treated."

Bottles of water that the detainees used for washing, warming up, and drinking were thrown away because, according to the administration, there were too many of them.

The paramedic usually dispenses medication to detainees during the morning rounds. The stock of tablets is small, and there are no antivirals at all, only paracetamol, ambroxol, analgin, validol, and allergy remedies. In addition, they don't allow to store those drugs that may be needed quickly in the cell, and it takes a lot of time to get one through the paramedic.

The women note that the detainees have lice in the cell. They have been appearing since September when three homeless women were put in a cell at once. As of November 3, there were only four toothbrushes, three water bottles, and about seven pads left in the cell for ten women.