Blogger Andrei Pavuk is a suspect in a criminal case under Art. 340 Part 1 of the Criminal. He is suspected of a false report on a bomb in the building of Aktsiabrski  district executive committee. The police seized all computer equipment and devices from Andrei. 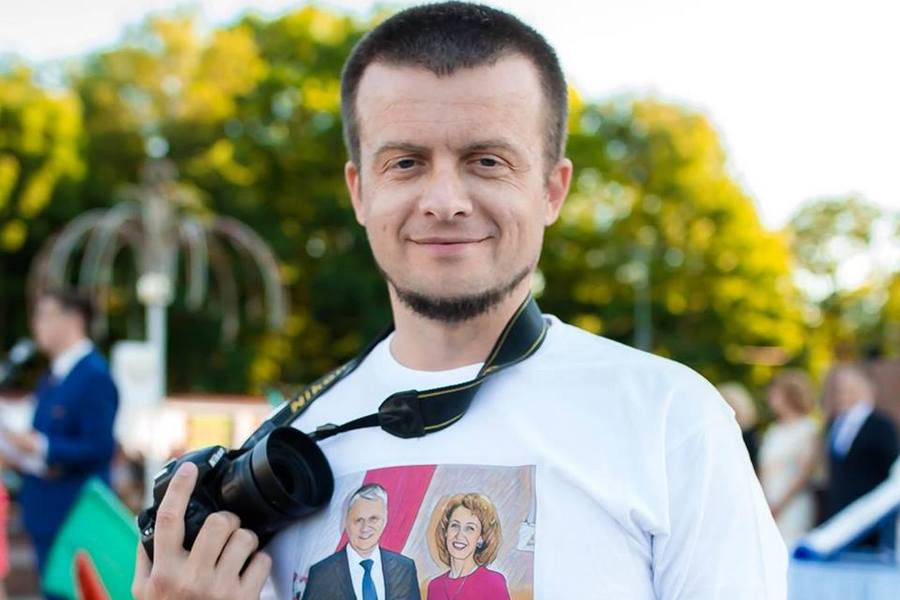 A follower of his blog dedicated to the life in Aktsiabrski district of the Homel region offered help with devices. A few hours later, the police knocked on his doors with the request not to do this.

Yauhen Hrytsok, a member of Aktsiabrski community, commented on a video in Pavuk's VK group, that he could give his spare computer to the blogger so that Andrei could edit and publish his videos.

A few hours later, four police officers knocked on his doors. When asked about the purpose of the visit, the officers said they wanted to ask Yauhen not to help Andrei Pavuk.

When the blogger wrote about the visit to the Hrytsoks in social media, former political prisoner Mikalai Dziadok offered his help.

Andrei Pavuk told BAJ, in the morning of March 20 officers of the enforcement department came to his apartment. They wanted to confiscate a computer monitor to cover the payment of fine under Article 22.9 of the Administrative Code (cooperation with foreign media without accreditation).

"I refused to open the doors because I do not consider myself guilty. Just a few minutes later the doorbell rang again - this time it was the police officers from the criminal investigation department. They did not say what I did wrong, but immediately began to put handcuffs on me. Then they explained that the Ministry of Emergency Situations received a message about a bomb in the building on Savetskaya Street, 57 in Aktsiabrski, which had allegedly been sent from my address. I managed to call my wife and the police took me to the local Investigation Committee.

I asked for facts, why I had been detained, and why I had to prove my innocence.  They told me that they could not do that. I asked if I could call a lawyer - but they did not allow me and took all my things away.

Investigator Artsiom Uhniavy kept making phone calls to  consult someone. I was told that they would take me to Homel, then to Babruisk, and that I was suspected of a criminal offense. I was released at about 3.30 p.m.," Andrei Pavuk remembers the events of the day.

He was given a document to sign stating that he was a suspect in a criminal case under Art. 340 Part 1 of the Criminal Code on the fact of a bomb hoax. The maximum penalty for this crime is five years of jail.

The police did not select any measures of restriction.

Andrei Pavuk says, he has checked his e-mail again: there are no letters with a bomb hoax in the Sent folder.

The blogger believes that his detention and a search in his apartment are just a reason to seize his computer equipment and check it for any clues that could lead to criminal prosecution.

"I believe they see me as a person who can make a difference and change the world around us. I guess that something changed in their attitude to my activities after the change of the chairman of the local executive committee. Well, he even talks to me and pretends that he understands everything. But I see the impact my blog about life in the countryside makes on people," says Andrei Pavuk.

Andrei Pavuk is a well-known video blogger, a member of the Belarusian Association of Journalists. He has a blog in the social media where he criticizes local authorities.