No one was detained. Investigative Committee officers seized equipment from the office.

The search was done as part of the case journalist Andrei Aliaksandrau.

- During the three-hour search the police seized some records, documents, ten hard drives from computers and two hard drives from a local server. The work of the newsroom is paralyzed. We will restore everything, but it will take time.

Dzmitry Navazhylau said that the search warrant referred to articles 342 and 293 of the Criminal Code. He doesn't know whether article 293 has anything to do with the case against journalist Andrei Aliaksandrau.

Andrei Aliaksandrau is a contracted journalist for BelaPAN, i.e., not a staff member. In 2015-2018, he was BelaPAN's Deputy Director. 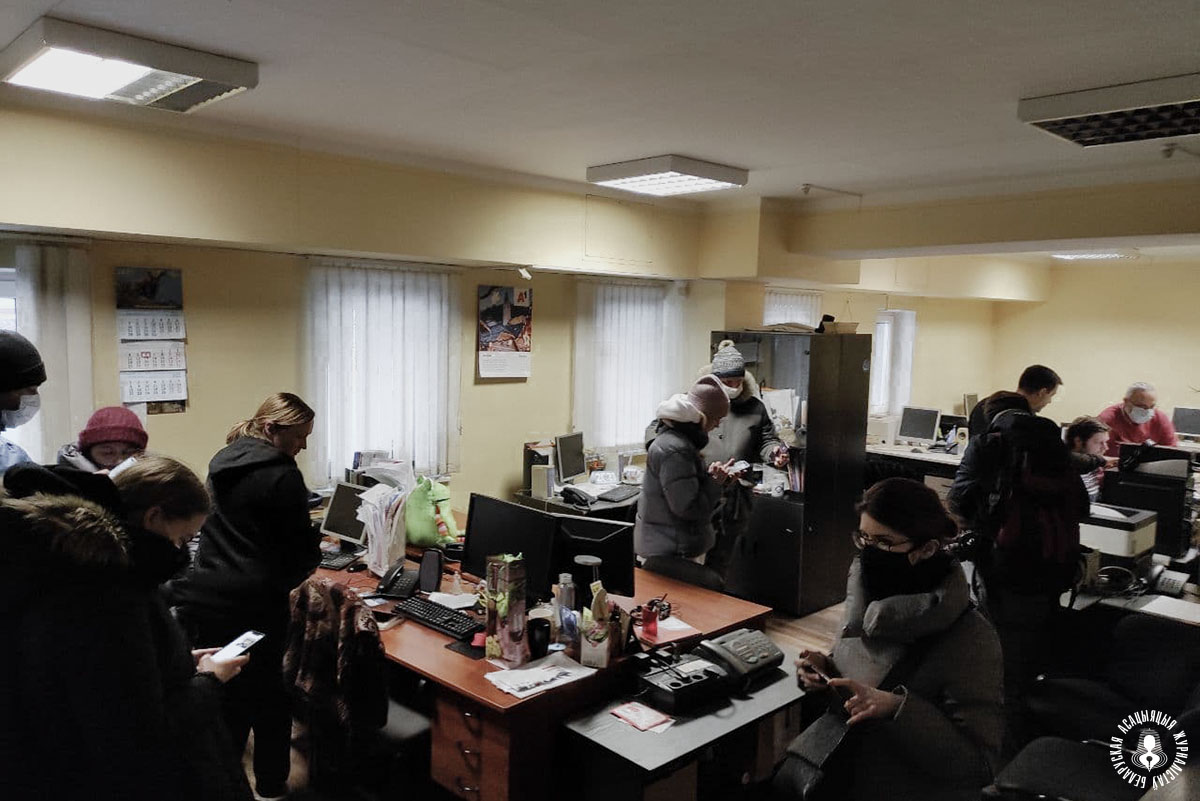 BelaPAN journalist Tatsiana Bublikava was present in the office in the beginning of the search. She posted a video on her Facebook page where she explained that the police came at 12:10.

Tatsiana felt sick, and and ambulance took her to hospital with hypertension. She was able to get her smartphone out of the office.

Lawyer Sergei Zikratsky has arrived at the agency’s office to provides legal services. However, he was not allowed inside, under the pretext that the search had already begun.

Yesterday the police detained journalist Andrei Aliaksandrau. He was detained as a suspect in a criminal case instituted by Minsk Department of the Investigative Committee,  his lawyer said. She did not give the details as she signed a non-disclosure agreement.

Later we learned that Aliaksandrau is a suspect under article 342 of the Criminal Code "Organizing and preparing activities that breach public order or active participation in them." His girlfriend is detained as a suspect in the case, too.

BelaPAN is the oldest non-governmental independent Belarusian news agency. It was founded in 1991 by Ales Lipay. On 13 January, journalist and media manager Andrei Alexandrov was detained as a suspect for “Organization of group actions that grossly violate public order or active participation in them.” His girlfriend Irina Zlobina was also detained, she is a suspect in a criminal case too.