08.08.2018 Source: Press service of the Belarusian Association of Journalists 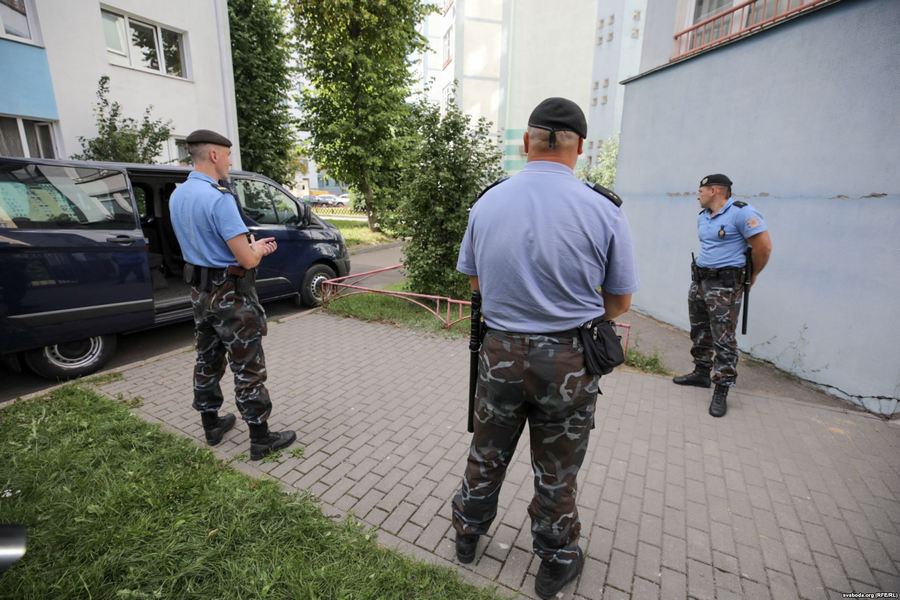 In the evening, the following journalists were released after questioning by the Investigative Committee:

On 7 August police searched the newrooms of BelaPAN and Tut.by, and the newsroom of Navuka (Science) newspaper located in the building of the Belarusian Academy of Sciences. The editorial staff refused to tell the details, referring to a nondisclosure document they had signed.

The police also searched the summer house of BelaPAN journalist Tatsiana Karavenkova in Zhodzishki village of Hrodna region (where she was on vacation). Her Minsk apartment was searched on August 8.

Police search the apartment of a well-known journalist and media expert Pauliuk Bykouski. His wife is a press-secretary of the For Freedom movement.

Journalist Aliaksei Zhukau, who used to be the editor of Selskaya Haspadarka (Agriculture) magazine and worked with the Belarusy i Rynak (Belarusians and Market) newspaper was detained at his house in Barauliany along with his wife.

Journalists of real estate portal Realt.by informed BAJ about searches under BelTA case in their office this morning.

The search was conducted by the Investigative Committee. The police  seized computers and laptops.

At the moment, four journalists: Ihar Khmara, Uladzislau Kuletski, Maria Saroka and Alena Maslouskaya, Stanislau Matvienka are in the building of the Investigative Committee, waiting for interrogation.

They were released after questioning:

BelaPAN Editor-in-Chief Irina Levshina is detained. In her apartment was searched.

The Investigative Committee confirmed the detention.

The editor of TUT.BY Galina Ulasik was released. She has the status of a suspect in the case. It is prohibited to disclose the case materials.