The ‘Gazeta Slonimskaya’ (Slonim, Hrodna region) newspaper journalists were asked to provide explanations in the written form about the way they had been preparing the article “There’s no hazing in the Lithuanian army. The barracks are cleaned every day by a scrubwoman there...”

Dzmitry Kirykau, a police officer from Slonim District Police Department came to the ‘Gazeta Slonimskaya’ editorial before lunch on November 9th. He asked the newspaper journalists to provide explanations as for the ways they had been preparing the article about hazing. 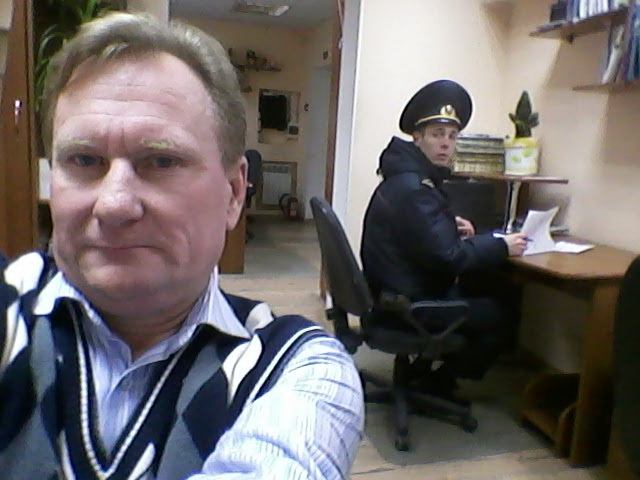 ‘We’ve received an order from the regional police authorities to conduct a check on the fact of this publication about hazing. The topic is under special control these days,’ — the senior lieutenant explained the reason of his visit to ‘Gazeta Slonimskaya’ editorial headquarters.

The journalists provided explanations to the police officer. However, they didn’t reveal the names and contacts of the publication sources. A ‘Gazeta Slonimskaya’ correspondent Mikola Kananovich made a selfie with the policeman and asked his colleague to take a picture of his explanation note to the police. 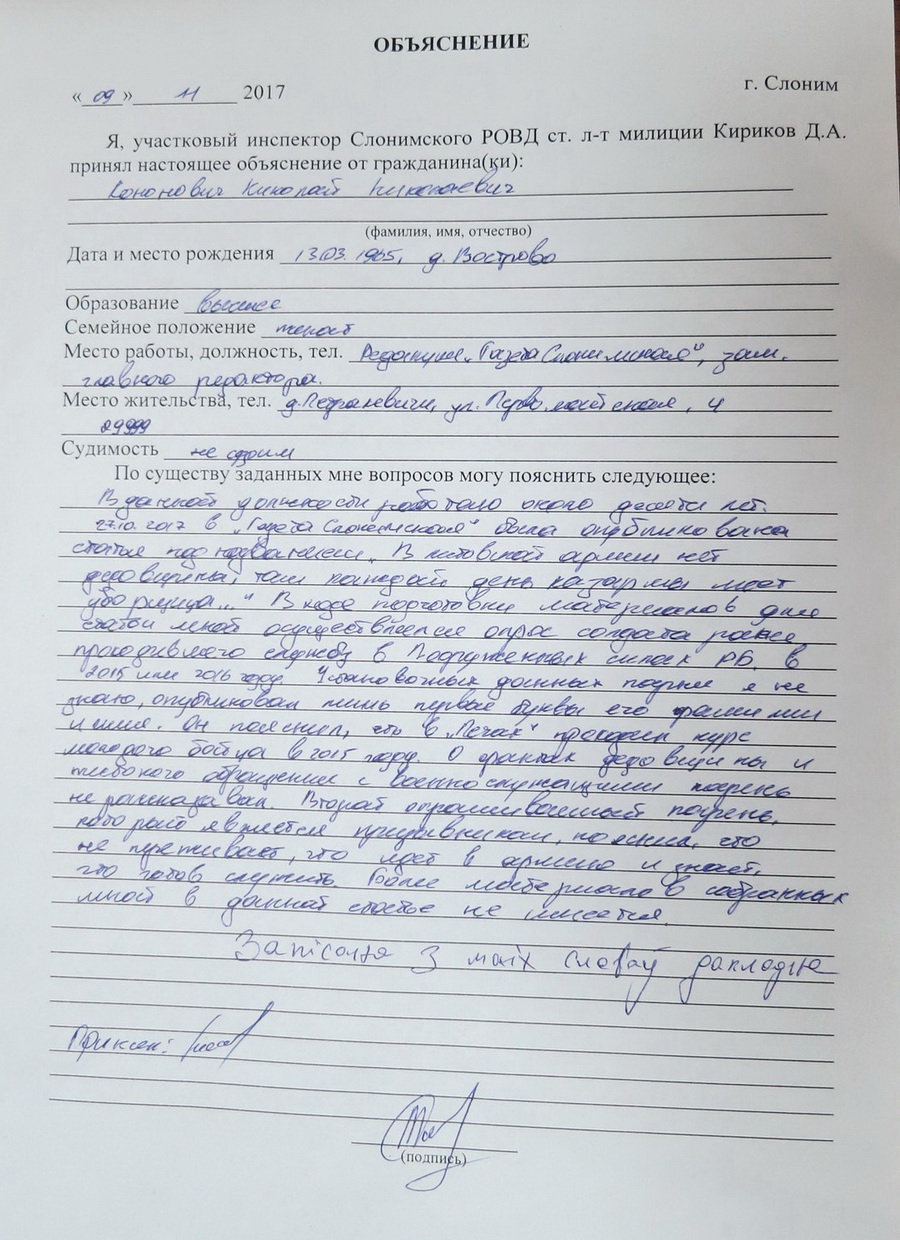