Members of the Belarusian Association of Journalists, detained in the previous days as a result of the "sweep" that began in the Mahilou region. 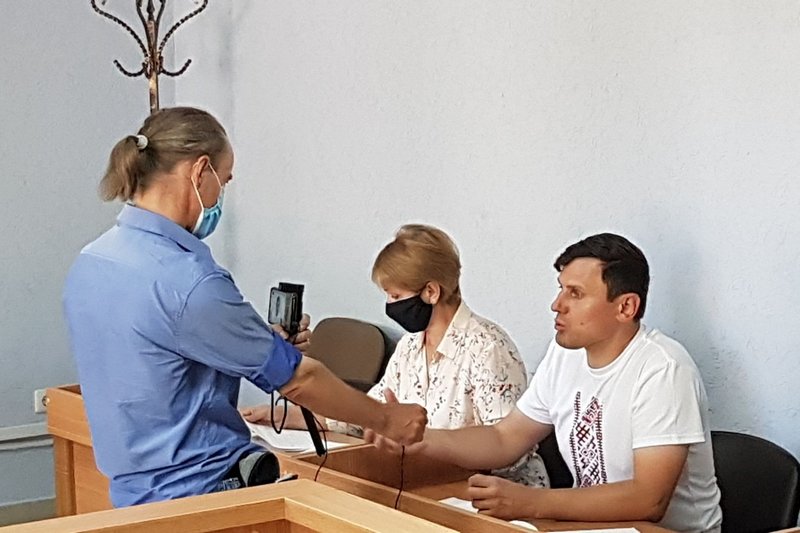 Burakou was detained on his way to Mahiliou region studio where he was supposed to record a video dedicated to the course of the presidential election in Belarus. .

After a while, Laptsevich was approached by a police officer who asked the journalist to come to the police station for an interview about the complaint. Laptsevich's colleagues waied for him outside, but to no avail. He did not answer calls or text messages.

In the morning they were informed, Laptsevich was detained and taken to the detention center for alleged insubordination to police.

Freelance journalists Alina Skrabunova and Alexander Sidareuski who were waiting near the Leninsky district police department, were handed in summons to appear at Kastrychnitski district police station on 6 August at 3:00 p.m.

On the night of August 6 human right defender Barys Bukhel reported a provocation against Alexander Burakou that took place right in front of the police station.

- I was standing at main entrance to the police station, waiting for the situation to develop. Suddenly I heard a noise from the entrance gate to the parking lot. First I hear a woman whining, then — the voice of Ales Burakou, who loudly repeated several times "this is a provocation." I rushed to them, but both the woman and Burakou were taken back to the police station. During the scene two police officers in plain clothes were present, Barys Bukhel told human rights portal mspring.online.

As he explained, the police had nothing to charge Burakou with, and it looked like they decided to organize a provocation.

- They took him out of the police station not through the main entrance, but through the door to the parking lot.  And they did it when I was alone waiting outside, all colleagues had already left. I believe they will try to charge him with attacking a woman, although I am a witness who saw that it was a provocation.

Ales Burakou Sr. was charged with disorderly conduct and sentenced to 10 days of jail.

Later Burakou Jr. was found in the detention center. On Friday, he was sentenced to 10 days of jail for violation of the regulations of mass actions.

Uladzimir Laptesevich, detained for a complaint, went on a hunger strike. He says the police hit his head against the floor and threatened him with further beating. His trial is still under way.