TUT.BY's Uladz Hrydzin and Novy Chas' Alexander Vasukovich were detained on September 13. They spent three days at Akrestsina detention center before the end of the trial. 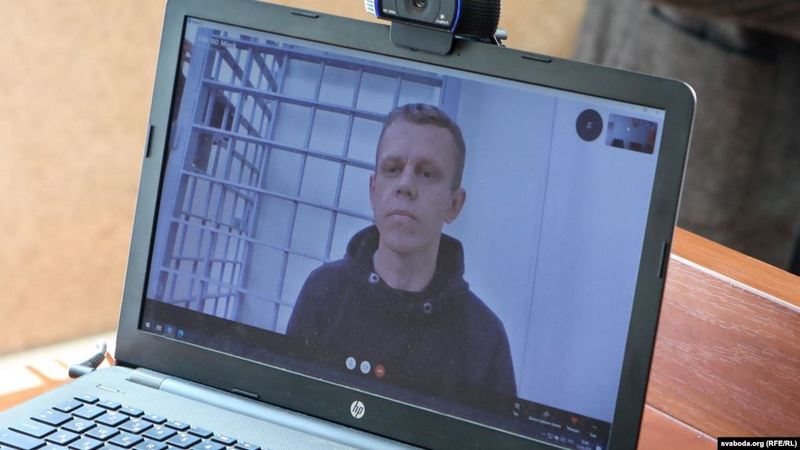 They were grabbed by riot police on September 13, after 9 p.m., in cafe where they were sending their photos back to the newsrooms. At first, the journalists were accused of rallying on the street just outside the cafe. However, when the court watched the video it became apparent that they were working there. Then the police “revised” their reports. This time, they claimed Hrydzin and Vasukovich rallied near Pushkinskaya metro station, two hours before detention (a few kilometers away from the former “crime scene”).

Alexander Vasukovich did not plead guilty. He said he was covering a protest action. On September 13, another TUT.BY photographer — Volha Shukaila — worked in the area. She witnessed in court that she saw Vasukovich working: he was clearly marked as a journalist, as it is required by the law “On mass events”, and had a press card around his neck.

— He was covering the protest, we worked nearby, — the witness says. — I saw Vasukovich well, he didn't shout anything, and had no protest symbols on him.

Volha explained that journalists even try not to talk to protesters while working, so that it wouldn't be treated as “protest coordination” afterwords. In early September, six journalists were detained while covering the protests, accused of “coordinating an illegal march”, and sentenced to three days of jail.

Similar charges appear in the case against Uladz Hrydzinwho also explained in court that he was taking pictures for the photo report that he later sent to the newsroom.

The court sentenced both photographers to 11 days of jail.

This is not the first time when journalists of registered media have been punished for doing their job under the guise of alleged participation in unauthorized rallies. In early September, six reporters (BelaPAN, TUT.BY, Komsomolskaya Pravda in Belarus) were detained while covering the student march, recognized as “coordinators” of protest and given three days of jail each.