It is expected that the farewell ceremony will take place in Kyiv on Friday, July 22, and the body will be taken to Minsk by plane. Then, on Saturday, the memorial service will take place in All Saints’ Church (ul. Kalinouskaha 121). 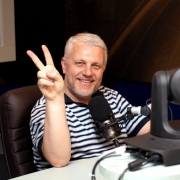 The investigation already has six versions of the murder, four of them have been publicized: professional activity, hostility in relations or personal motives, the Russian trace (destabilization of the situation), an attempted assassination of Olena Prytula.

On pages of social networks, many of Pavel Sheremet’s friends and colleagues remember his vivacity and ardent journalistic work.

“Pavel had worked in Ukraine lately, but stayed a symbolic personality in Belarus journalism. Has stayed. These minutes, one does not think about symbols and profession, but about the person. Who is no longer here. Awful. Condolences to relatives and friends,” wrote Andrei Bastunets, chair of BAJ, on his Facebook page.

“The murder of Pavel Sheremet is another assault on the profession of journalists, another revenge to journalists for truth, for true information,” says Zhanna Litvina, ex-chair of BAJ. “Pavel Sheremet has been BAJ member since 1997. I personally remember him after the arrest, after pressure exerted by the Belarusian authorities. I remember his sincere treatment of the Zavadskis family, his sufferings over the violent abduction of Dzmitry Zavadski. I also remember well Pavel’s programs on the Russian TV – with what admiration you sit near the screen and watch those bright, talented programs. This murder is a ruthless revenge for his talent, for his convictions, for his truth. This is a ruthless revenge to journalistic profession.” 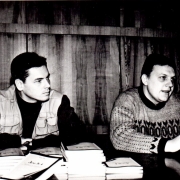 It is expected that the farewell ceremony will take place in Kyiv on Friday, July 22, and the body will be transferred to Minsk by plane. Then, on Saturday the memorial service will take place in All Saints’ Church (ul. Kalinouskaha 121). The journalist will be buried next to his father’s grave on Northern Cemetery. However, relatives say the events will depend on the investigative activities of Ukraine authorities and official procedures, so the schedule might change.

Guardian: “The world can be better: a tribute to journalist Pavel Sheremet”