Pavel's mother Ludmila Sharamet said that this year she ran into Petro Poroshenko, who once promised that the murder of Paul would be solved. But this did not happen, so Ludmyla no longer believes politicians' promises.

"Ukraine has a new president, new security services, new leadership. They must take some action, but they do nothing ... If something was happening, we would have known. I don't want to appeal to them again.

Thank you very much for remembering Pavel, for coming here. My deepest gratitude to you. But I still want to ask you to take care of yourself, to be careful , — Pavel's mother told the crowd. — The mother Veranika Charkasava is standing next to me. She was a nice girl, she wrote excellent articles ... (Journalist Veranika Charkasava was murdered October 20, 2004 in her apartment. The investigation of this criminal case has been suspended "due to failure to identify the person to be charged",  — Ed). 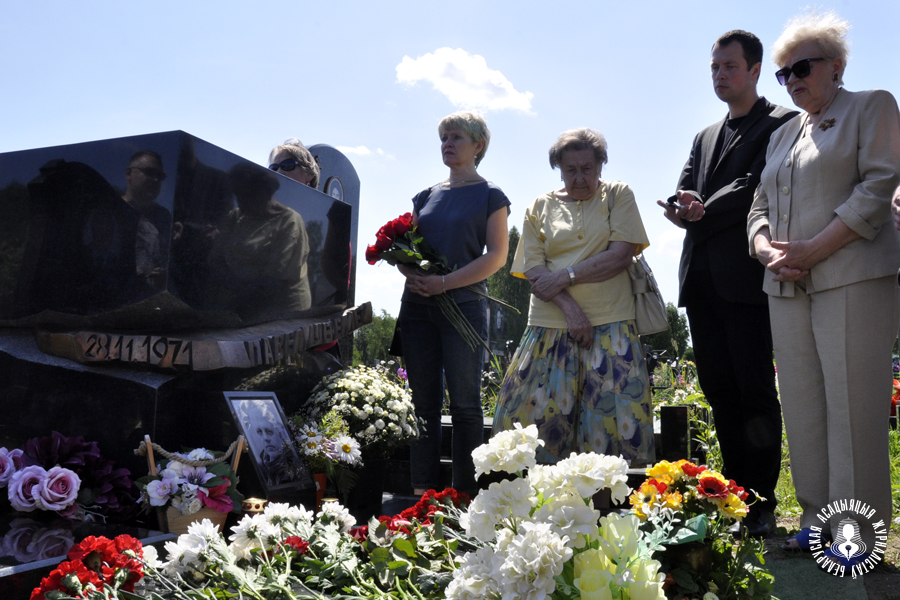 — Ludmila told a sad story about how the Belarusian drivers refused to take Pavel's photos to Kyiv. He is remembered, and three years after the murder some people are still afraid - afraid of him, of his activities. It is difficult to understand that, but it shows that now and then, Pavel still has his role, — said chairman of the Belarusian Association of Journalists Andrei Bastunets. 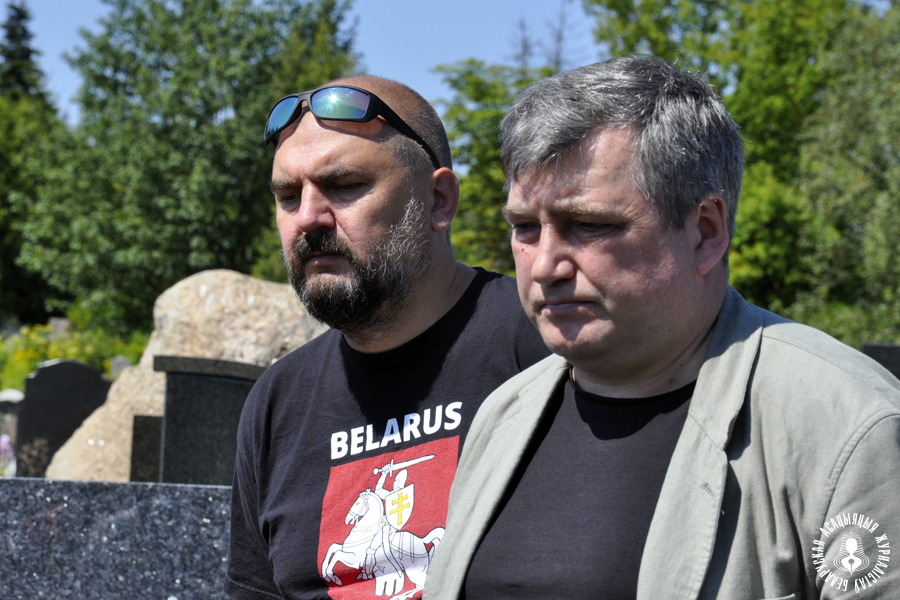 "Thank you all who have gathered here. Pavel is the man we are looking at, who is our teacher, and an example of a brave journalist. Journalists can not defend themselves with weapons, our weapons are words. We can ask questions, seek answers to them, no matter who was in power here or in Ukraine," - Barys Haretski, BAJ deputy chairman said.

"Pavel was very special. We are loosing giants, people larger than life — Pavel Sharamet, Ales Lipai, last year. I have very warm memories of Pavel, he was both a great journalist and a great person. We will always remember him. This is not just our duty, but our human feelings for him," — said journalist Dmitry Novozhilov, who have known Sharamet for many years. 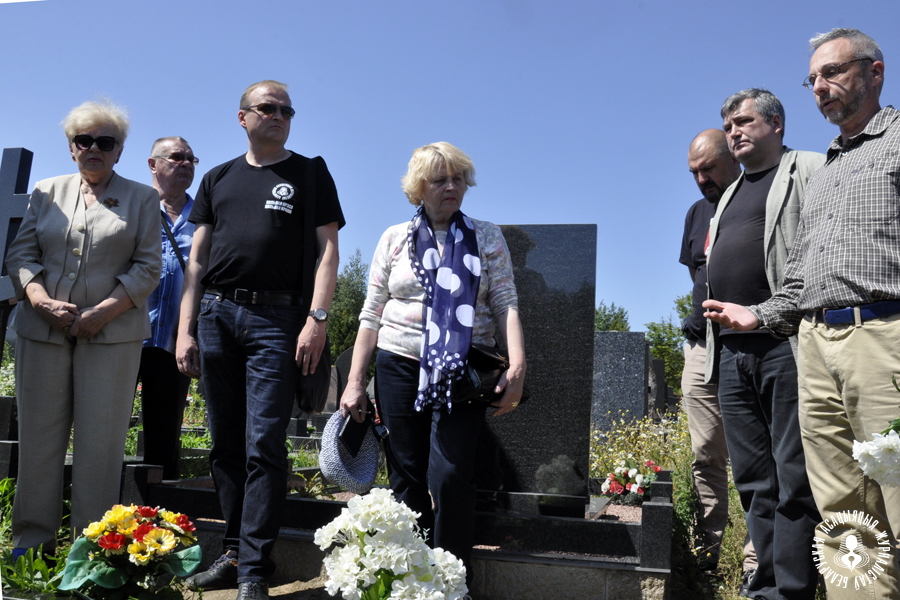 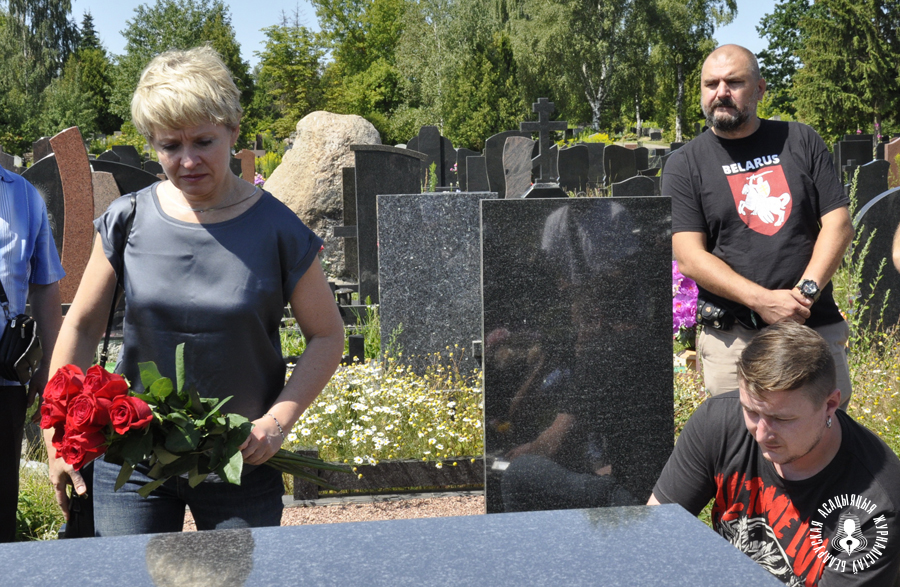 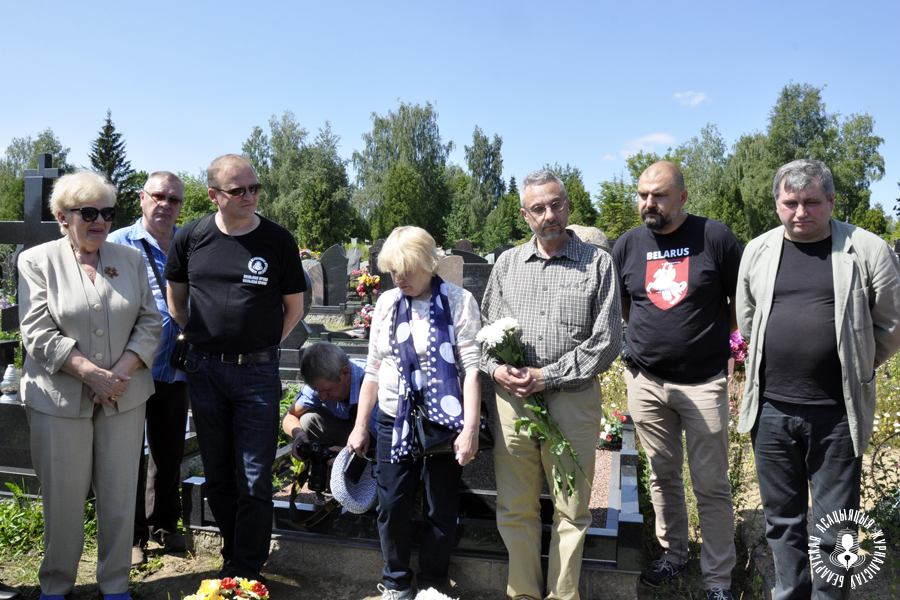 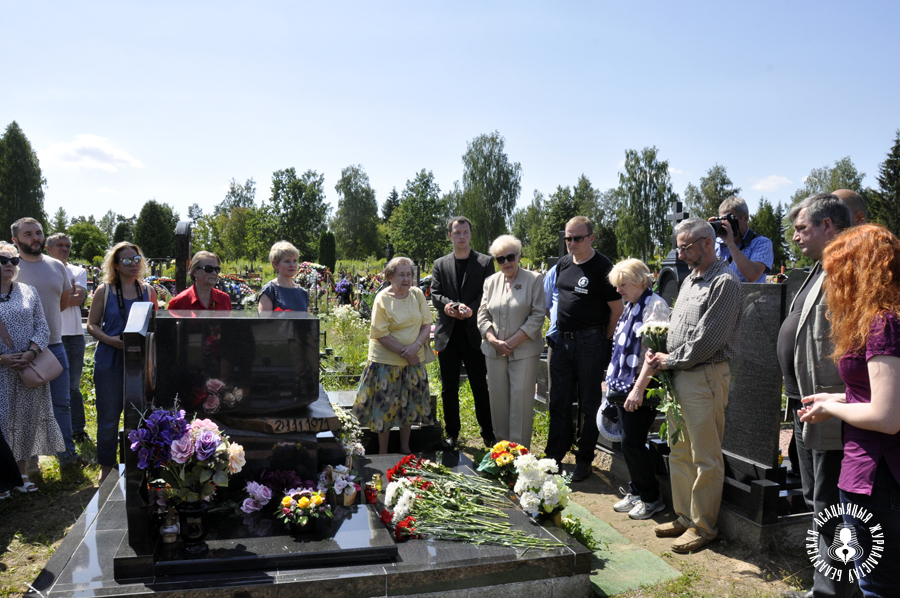 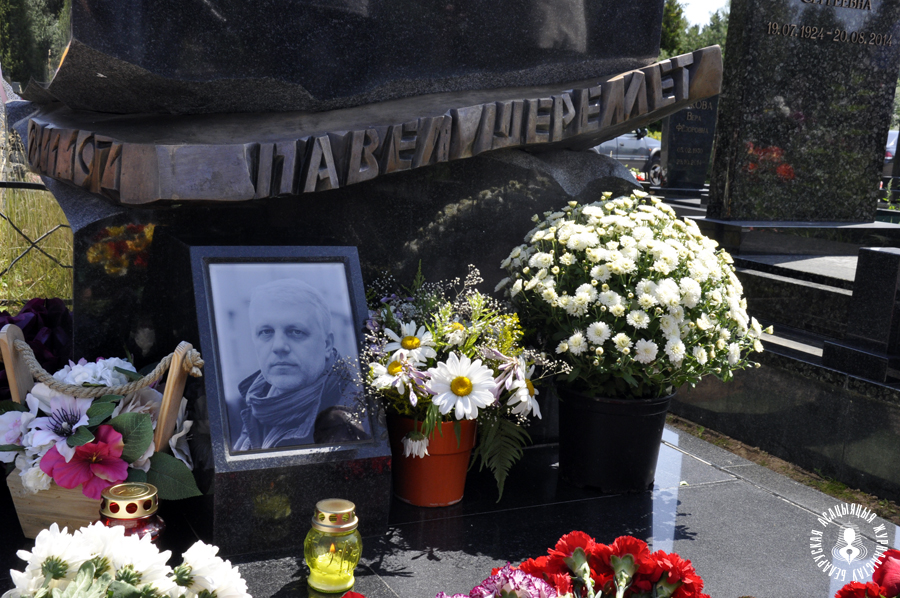 Pavel Sharamet was killed July 20, 2016, in a car bomb accident in the center of Kyiv, where he lived and worked for the last five years. The circumstances of his death have not yet been investigated.

On July 20, 2016 an explosive device detonated in the car, driven by the prominent journalist.  It exploded at 7:45 am at the intersection of Bohdan Khmelnytsky and Ivan Franko streets in Kyiv. . It was later revealed that it was a modified model of a land-mine Mon-50.

The National Police of Ukraine opened a criminal case under deliberate murder charges. FBI, addressed by the Ukrainian authorities for help. joined the investigation. The primary lead is revenge for his professional activity. The investigation also does not exclude that Sharamet could have been killed for destabilization of the situation in Ukraine, due to personal reasons or by mistake (the target could be his girlfriend -- the owner of Ukrainskaya Pravda newspaper, Olena Prytula, whose car Sharamet was driving at the time of the tragedy.)

Pavel Sharamet was born in Minsk on November 28, 1971. After high school he entered the historical faculty of Belarusian State University, where he studied for three years. He graduated with the major in international economic relations from the Belarusian State Economic University. Before 1992, he worked in one of the Belarusian banks. Then he came to the Belarusian TV. He bacame popular as the host of a Prospect weekly analytical show.

In 1996 he was chief editor of Belorusskaya Delovaya Gazeta. The same very year he was appointed head of the Belarusian Bureau of the Public Russian Television (now - the First Channel) and the channel's reporter in Belarus.

In July 1997, while reporting on the situation at the Belarusian-Lithuanian border, he was arrested by law enforcement agencies of Belarus on charges of illegally crossing the border, obtaining money from foreign intelligence agencies and illegal journalistic activities. He was sentenced to conditional two years of imprisonment and one year of probation, he spent the three months in jail.

In 1998 Sharamet started working as a special correspondent of the News and Time programs of the Russian ORT channel, and in January 1999 took over as chief editor of the Russian and foreign correspondent network at ORT. He was the host of Vremya weekly analytical show.

In 2000 Sharamet left news programs and continued to work at the First Channel as an author of documentaries and special projects as part of news programs. He finally left the channel in 2008.

Since 2009 he was the editor of the politics and society section in Ogonyok magazine (Russia). .

Since 2012, he blogged in the online newspaper Ukrainskaya Pravda, and later became its executive director.

From September 2013 tio 2014 he worked as a host of the program Prav? Da! at the Public Television in Russia.

In June 2015 he launched a personal project "Dialogues" on the Ukrainian TV channel 24. From September 2015 he led the morning show on Radio Vesti, and from the beginning of 2016 -- an everyday morning show "Morning of Pavel Sharamet", on the same radio.

He co-authored the book "An Accidental President", dedicated to the rule of Alexander Lukashenka.