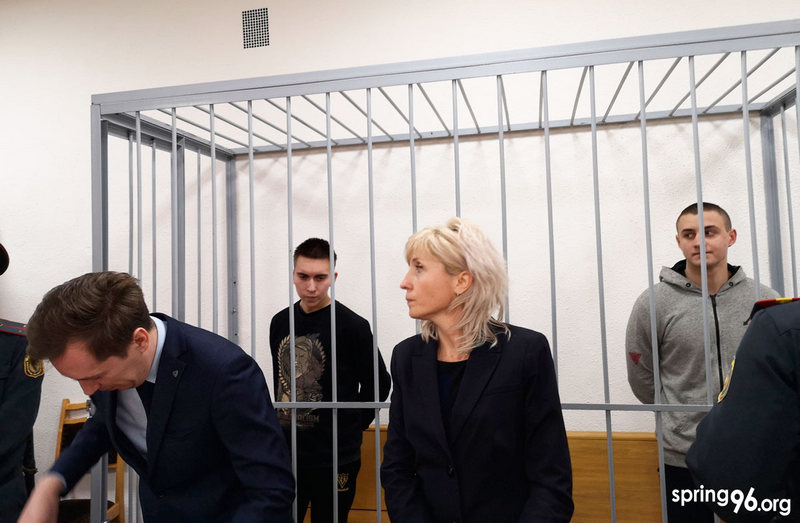 The letter says that the signatories consider the punishment of Yemelyanau and Komar to be excessively harsh and disproportionate to what they have done.

“We demand that the sentence of Mikita Yemelyanau and Ivan Komar be immediately reviewed with respect of the right to a fair trial. The actions of the young people have not led to any serious consequences — damage to human health, serious damage to property. Such an unjust sentence against own citizens is incompatible with the normal development of our country and civil society,” the letter says.

At the time of publication, 126 people had signed the letter.

The signature collection was initiated by the journalist Yauheniya Dolhaya. She emphasizes that this letter is not an appeal, but a way to demonstrate one’s civic position.

The letter remains open for signing.

According to the investigation, in September 2019, the 19-year-old Yemelyanau and Komar threw light bulbs with paint at the Minsk City Court building. According to the investigation, the total damage from these actions is 143 Belarusian rubles and 22 kopecks. The activists are also accused of using Molotov cocktails to allegedly twice attempt to attack the building of pre-trial detention center-1 on Valadarski Street in Minsk. In the first case, the Molotov cocktail did not catch fire. Anarchists tried to repeat the action on October 20 — they threw a bottle of Molotov cocktail at the door of the detention center building. This time the Molotov cocktail caught fire, but the door was only slightly damaged. The damage was estimated at 1 ruble 48 kopecks. In court, Ivan Komar fully pleaded not guilty, Mikita Yemelyanau pleaded partially guilty. Komar also said there was pressure exerted on him by law enforcement agencies during the investigation.

Human rights activists recognized Yemelyanau and Komar as political prisoners on the grounds that they had been sentenced to an excessively harsh punishment, which is clearly disproportionate to what was committed.