06.04.2016 Source: Monitoring service of BAJ Story: Article 22.9 of the Code of Administrative Violations 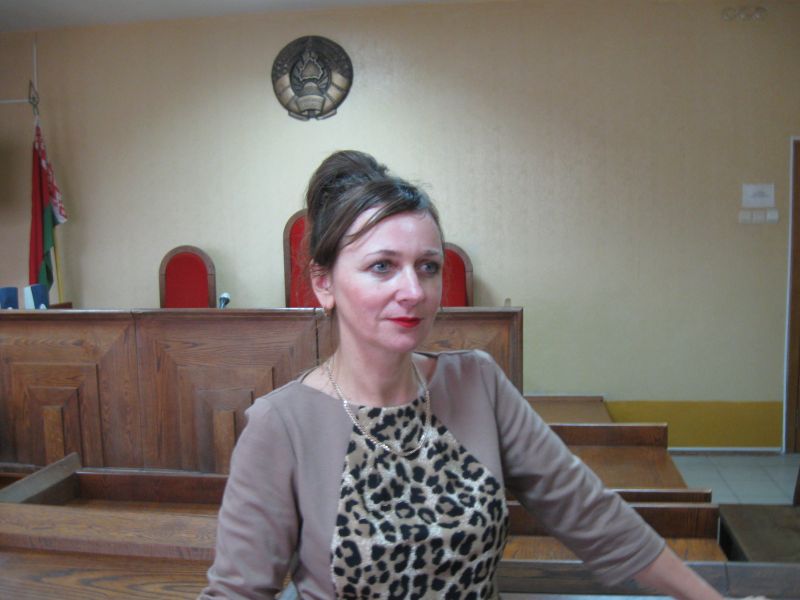 In the first hearing the judge returned the report to police for completion. Previously, the report stated that the video report “Barysau tragedy might repeat in Homel” (dated February 7) was broadcast on YouTube and on the local website Silnyje Novosti. The completed report included the statement that the report had been broadcast on Belsat TV channel.

“In fact it happened the way the first report showed it,” says Larysa Shchyrakova. “The judge sent the report for completion because there was nothing to fine for. She considered the police’s report stating that “it was established that the video belonged to Belsat”. Meanwhile, the journalist insists that it does not follow from the video that it belongs to Belsat. She motioned to summon the police officer to give testimony, but the judge rejected the motion. The freelancer challenged the judge, doubting her objectivity. However, the judge dismissed the objections and ruled to fine the journalist for 25 b.a.

Larysa Shchyrakova underlined that she had made the report for Silnyje Novosti, and all questions why Belsat showed it should be addressed directly to the channel. She says she does not care where the gas services watched the report, perhaps it was a coincidence, but it is important that the flaw has been repaired. And she insists she has the right to gather and disseminate information under the Constitution. It has been the fourth trial against her according to article 22.9 this year; remarkably, charges in two cases were dismissed.

Meantime, court officers press on her colleague Kastus Zhukouski to pay for some of the fines (he has had six of them this year), warning that otherwise his property will be arrested.