Cameraman Ales Liubianchuk was detained during seraches at Belsat office in Kastrychnitskaya street. He was taken to the police department where he spent around 5 hours. 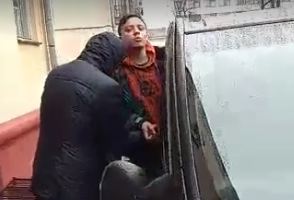 UPD The journalist was suddenly released at 7 pm. He was not told when the trial would take place.

UPD This is not exactly already. Previously, the trial was scheduled for Monday at 9 am.

We remind that another cameraman of the channel Alexander Barazenka was senetenced to 15 days arrest under the same charges, although the video of detention contradicts to police's testimony. He is on hunger strike. The judge Tatsiana Matyl who sentenced Barazenka him is famous for frequently sentencing political activists under this article.