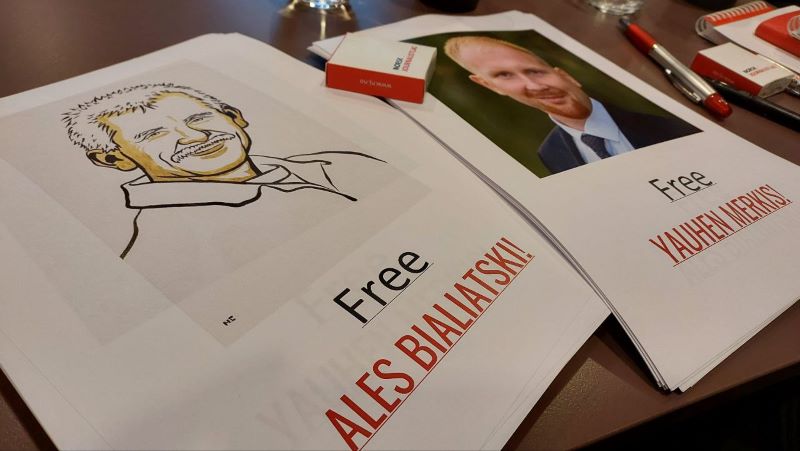 The three-day meeting hosted as many as 300 people – both full-time journalists and freelancers who work with Norwegian media.

Among the participants were also journalists from other countries based in Norway at the moment and who for various reasons can not go to their homeland: Iraq, Pakistan, Afghanistan, Belarus, and Ukraine.

“I have a 20-year background in journalism, and recently I worked in television. When the war started in Ukraine, I had to evacuate with my three children. Of course, I lost my job,” said one of the participants and a Kharkiv resident Yevgenia Baboshko. 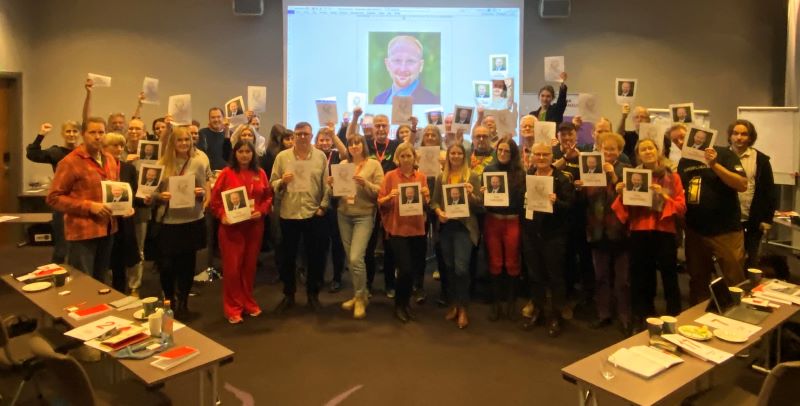 In the ten months of the war in Ukraine, Yevgenia met with fellow media workers at the conference for the first time. It was a breath of fresh air for her, it was interesting to learn how fellow journalists work and to adopt their experience, the woman admitted. Now the journalist is learning the Norwegian language and hopes to find a job in her field. But Yevgeniya doesn’t want to stay in Norway for long: she intends to return to her native city.

“Norwegian journalists are similar to the Ukrainian ones – sociable and lively. Of course, it is felt that their association can afford more financially – that makes them more sustainable. Interestingly, this year they even decided to give a prize to freelancer Per Christian Selmer-Anderssen. He was in Ukraine when the war started and created some articles for the Norwegian media,” commented on the event Yulia Alherchyk from Belarus.

Yulia noted that Norwegian journalists are aware of the events that took place in Belarus after the 2020 presidential election and of Belarusian journalists who are now behind bars. 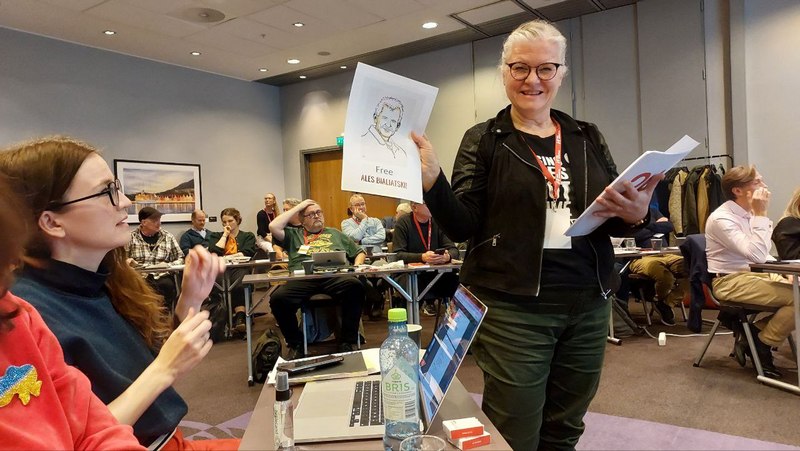 “Oddrun Midtbø, a Norwegian journalist, is a very active advocate of Belarusian journalists. By the way, it was thanks to her that I got to the conference in Bergen. Her Facebook page is full of posts about Belarusian imprisoned journalists, and she brought a stack of portraits of human rights defender Ales Bialiatski and journalist Yauhen Merkis to the conference. When I told the Norwegians about the peculiarities of our work in Belarus and the detention conditions of journalists, they were shocked and reacted very emotionally,” added Yulia.

Freelance journalist and leader of the EFJ Freelance Expert Group (FREG) Oddrun Midtbø said that in 2017 she was in Minsk and met Belarusian journalists there. Has felt great interest and sympathy for her Belarusian colleagues ever since.

“I know that many Belarusian journalists are in prison. I always ask to discuss these issues at the national and European levels. Today, I singled out Ales and Yauhen. The first one won the Nobel Peace Prize. And the latter is not only my personal acquaintance: he is well known to some Scandinavians,” said Oddrun.

The next Hauststormen will be held in Norway in 2024.