Minsk, 2 October. Hienadź Mažejka, a journalist with the Belarus version of the Russian newspaper Komsomolskaya Pravda, has been arrested and placed in a detention center in Minsk, according to the newspaper. 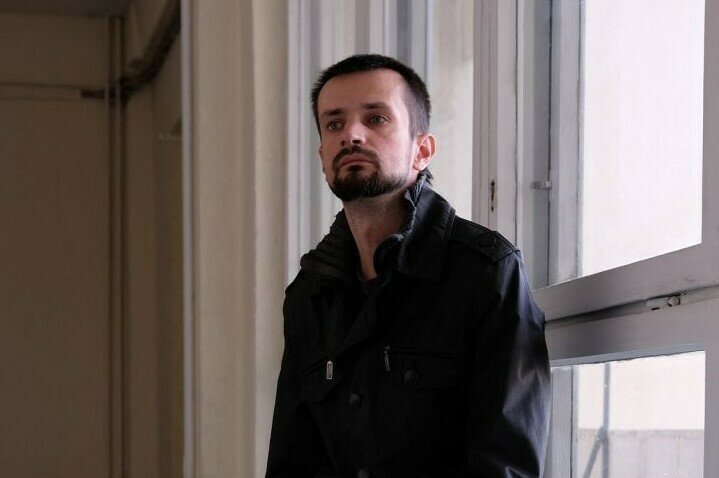 According to Henadz Mazheyka's mother Iryna, a search in the journalist's apartment was carried out by KGB officers and lasted for about two and a half hours. The search warrant listed two articles of the Criminal Code: part 3 of Art. 130 (incitement to racial, national, religious or other social hatred) and Art. 369 (insulting a government official). The search was conducted by some seven officers. They were accompanied by two witnesses (the officers said they were people they met on the street). Flash drives, stickers and badges that were stored from 2001 were seized.

Henadz was not at home during the search. Presumably, at that time he was in Russia.

"The last time I talked to my son was on the afternoon of September 30. He was in a hotel in Moscow then," says his mother.

On the night of October 1-2, Henadz's mother was called and told that her son had been detained and was being held in the temporary detention center in Akrestsin Street in Minsk.

The article about the murdered IT specialist  Andrei Zeltser was signed with the journalist's name, and the publication resulted in the newpaper website being blocked by the authorities. In the article, Zeltser's classmate shared her memories of him and spoke positively about the murdered man. According to the editor-in-chief of Komsomolskaya Pravda Vladimir Sungorkin, that was the reason for the detention of his employee.

Putin's spokesman condemned the action and called the blocking of the Komsomolskaya Pravda website a violation of freedom of speech.

Henadz Mazheyka has been working for Komsomolskaya Pravda since 2009. He usually writes on automotive topics, armaments and the army. On the day when the material about Zeltser was published, Mazheyka was on duty at the site.

On the night of 11-12 August 2020, Henadz Mazheyka worked in the Serabranka district of Minsk. He, the photographer, and the driver were pulled out of the car and beaten by security officers.